3D printers forge face shields for fight against the coronavirus

SUNNYVALE, Calif. (Reuters) – Oscar Valera likes to use 3D printers to build an assortment of crafts, but he is now turning his hobby toward the fight against the coronavirus pandemic.

Measurements are seen on the plastic face shield for an earlier prototype of a 3D-printed face shield to be used by medical professionals in the fight against coronavirus disease (COVID-19) in Sunnyvale, California, U.S. on April 1, 2020. REUTERS/Nathan Frandino

In just four days, the New Jersey high school teacher has printed and distributed 200 face shields to medical professionals across the country, including Florida and Texas. He is far from done.

Demand for face shields, along with N95-masks and other personal protective equipment (PPE) has skyrocketed with the surge of patients infected with the highly contagious virus. There were more than 238,800 confirmed U.S. cases as of Thursday.

That has prompted volunteer 3D printers like Valera to step in to support doctors, nurses and first responders, who are all in danger of contracting the sometimes deadly illness.

In Sunnyvale, California, community workspace nonprofit Maker Nexus has been running its 13 3D printers and three laser cutters nonstop. The company produced 1,800 masks for local hospitals and now has requests for another 13,000.

General manager Eric Hess said 300 volunteers helped scour the internet for raw materials to make the shields. They also reached out to hospitals in need of PPE and printed the visors for the shields.

“They’re sitting at home. They’re working from home, or they’ve been laid off. This is a way that they can contribute,” said Hess, whose company uses the open-source Prusa 3D printed shield design from the Czech Republic.

About 500 shields have gone to the nearby Santa Clara Valley Medical Center (SCVMC), where officials estimate nurses use up to 15 PPE sets over three shifts for just one patient.

Dr. Sanjay Kurani, SCVMC medical director, said as coronavirus cases increased in the Bay Area, they quickly realized the hospital was burning through PPE faster than it could source the equipment.

“Once we hit the surge, we could be in very critically low supplies,” Kurani said.

Elsewhere in Silicon Valley, more companies are joining in.

Fremont-based PrinterPrezz, a 3D-printing medical device contract manufacturer that specializes in metal spinal implants, switched production to printing PPE after getting a request from nearby Washington Hospital Healthcare System. 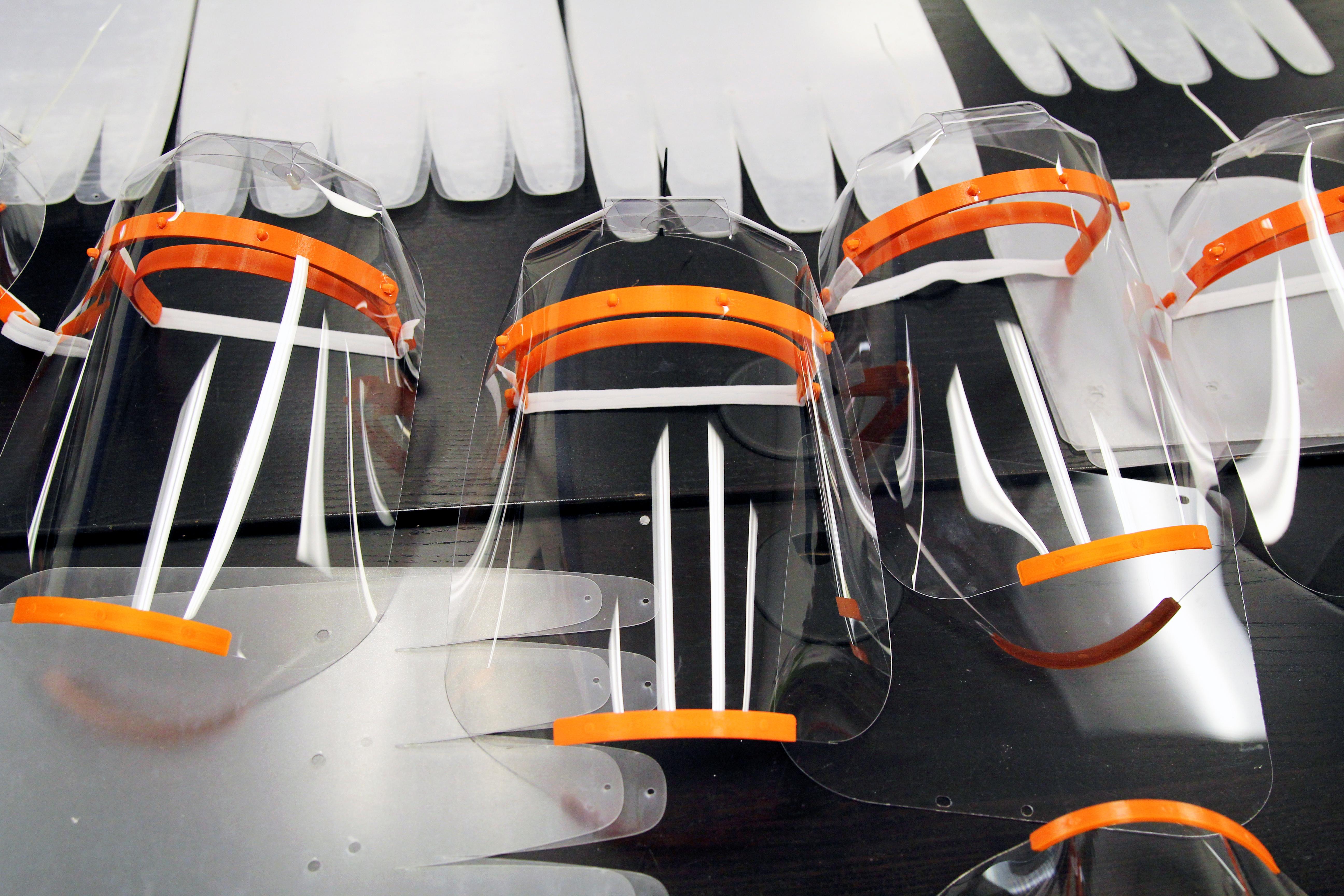 Snap Lab, a unit of Snap Inc, is also producing face shields to donate to hospitals.

In New Jersey, Valera said he will continue to do his part.

“I don’t mind doing this,” Valera said. “I just hate the fact that I have to.”