As Germany reels from coronavirus, some officials debate impact on banks

FRANKFURT (Reuters) – As Germany rolls out a 750 billion-euro economic stimulus package, officials and experts are discussing whether German lenders, including Deutsche Bank AG and Commerzbank AG, will be able to weather the economic fallout of coronavirus without state help.

FILE PHOTO: A man wears a face mask during a protest demanding to take refugees from camps affected by the coronavirus disease (COVID-19) outbreak, in front of Brandenburg Gate in Berlin, Germany April 5, 2020. REUTERS/Michele Tantussi/File Photo

Interviews with more than a dozen people, including government officials and senior bankers, show some officials fear that if the crisis persists, weakened lenders would choke off credit to the economy and worsen the situation.

For now though, several sources said Chancellor Angela Merkel’s government is focusing on propping up non-financial companies under the stimulus package and no action is expected on banks in the near term.

Their hope is that the support to non-financial companies through the aid package will prevent the loans from going bad, avoiding a hit to the banking sector, the sources said.

Deutsche Bank said it is financially strong, and its discussions with the government were focused on how the banking industry could support the real economy. Commerzbank pointed to its low proportion of non-performing loans of 0.9% to underscore its strength.

In a statement to Reuters, the finance ministry said: “All Corona-based programmes of the German government are explicitly focusing on the non-banking sectors. There are no plans to extend such programmes to other sectors.”

The government believes the aid package has bought Germany three months of breathing space, three of the sources said. Nevertheless, a debate has begun over what could be done to reinforce the banks should the need arise.

Officials have discussed various options in recent weeks to reinforce the banking sector, should it become necessary, several sources said. These include a state agency taking stakes in banks to inject capital, said four of the sources. State guarantees could be given to vouch for the creditworthiness of listed banks as well as state-backed commercial lenders, bolstering their standing, one person said.

A spokesman for the finance ministry denied these options were currently under consideration. “None of this is happening,” he said.

Lars Feld, the chairman of the German government’s council of economic experts, played down current risks to lenders such as Deutsche. “If you can avoid insolvencies of companies, the banks are safe,” he told Reuters in an interview.

“But if additional support is required for the banking sector, the government will do it. All of this assumes, however,

that the current measures have failed,” Feld said.

The council, which advises the chancellery, finance ministry and economy ministry on policy, warned the government in an 101-page report in late March that an economic slump could spill over to banks. “If tackling the coronavirus takes longer, the number of insolvencies will rise, which could, in turn, put banks in distress,” the council wrote.

and advisor to the finance ministry, said it was “very likely” that banks would need state aid as their corporate customers run down credit lines and fail to pay back loans.

“It is very apparent that there is a risk build-up,” Krahnen said. “In the end, the accumulation of the problems will happen in the financial sector.”

Some officials have considered the idea of a forced recapitalization, which is reminiscent of the U.S. government’s Troubled Asset Relief Program during the financial crisis of 2008, four of the sources said.

Under TARP, the American government injected nearly $250 billion into the country’s banks in return for preferred shares and warrants. Many analysts believe the move helped stabilize the financial system.

“It avoided the stigmatization of individual banks,” said Florian Toncar, a member of the German parliament’s influential financial committee, declining to discuss any specifics.

Other experts played down the concerns about the financial fallout from the coronavirus.

Volker Wieland, another member of the council of economic experts, said some steps had already been taken to help banks, including regulatory relief on banking rules and the government’s support to companies.

“For now the banks are not the hardest hit,” Wieland said. “I don’t think we should now say the next step would be to have the same programme for the banks.”

Much is at stake for Germany. It needs a strong banking sector to support the economy, and its two largest banks have struggled in recent years. The shares of Deutsche Bank and Commerzbank have roughly halved in recent weeks. For a graphic, click reut.rs/3bIbYrk and reut.rs/2R2Fjoq

In an interview, Commerzbank board member Roland Boekhout said, “The corona crisis is not a financial crisis. The banks are in good shape.”

A Deutsche Bank spokesman said the bank was not aware of “any consideration being given to assistance to domestic banks.” 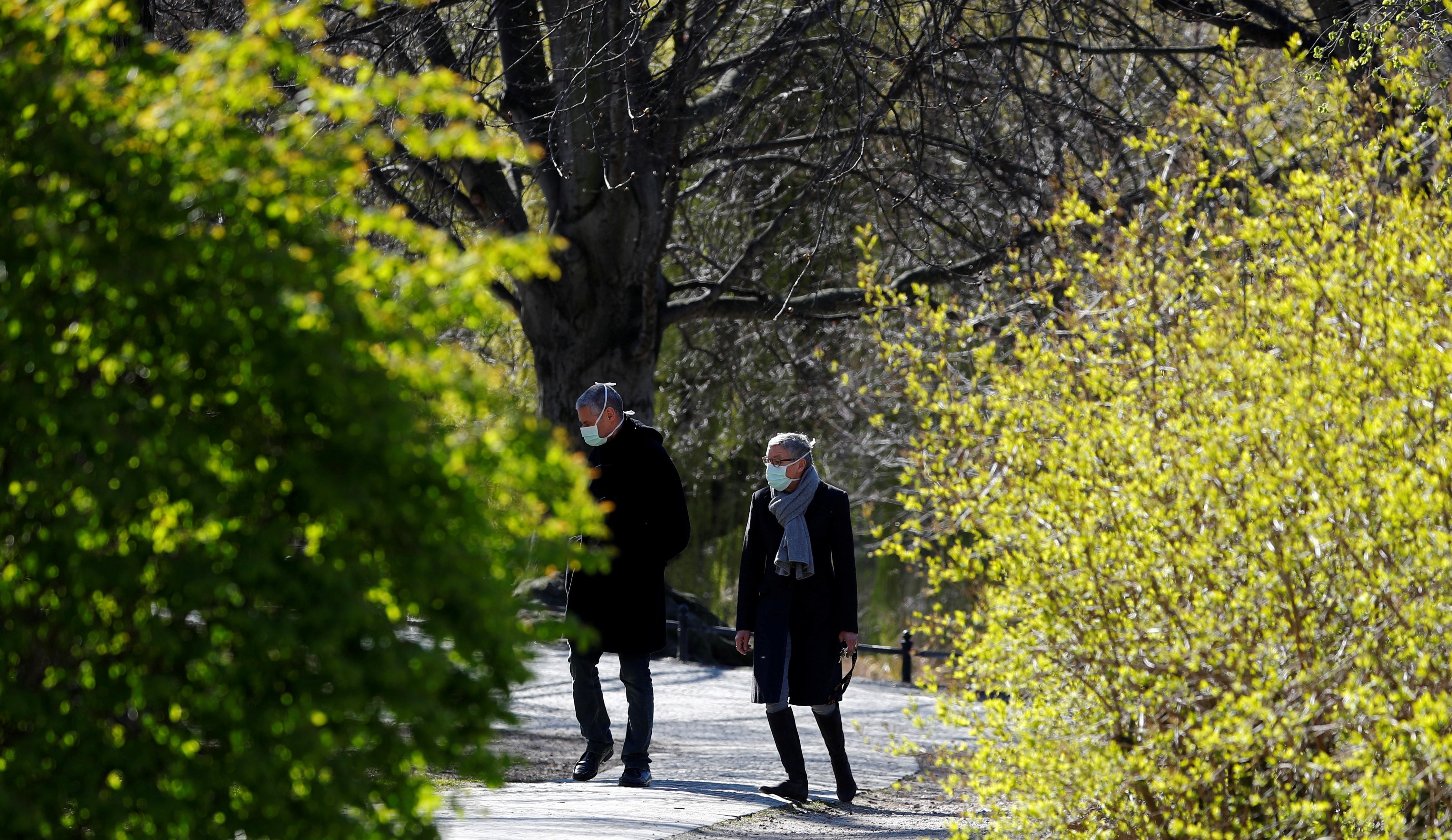 “Our liquidity and capital strength enable us to play a crucial role in helping clients navigate through this environment,” the spokesman added.

Indeed, the bank’s tier 1 common equity ratio, a measure of capital strength, is 13.6%, comfortably above the regulatory requirements.

One senior person at Deutsche Bank said the bank was not discussing state aid. But the person added that the question could arise if the economy deteriorated.