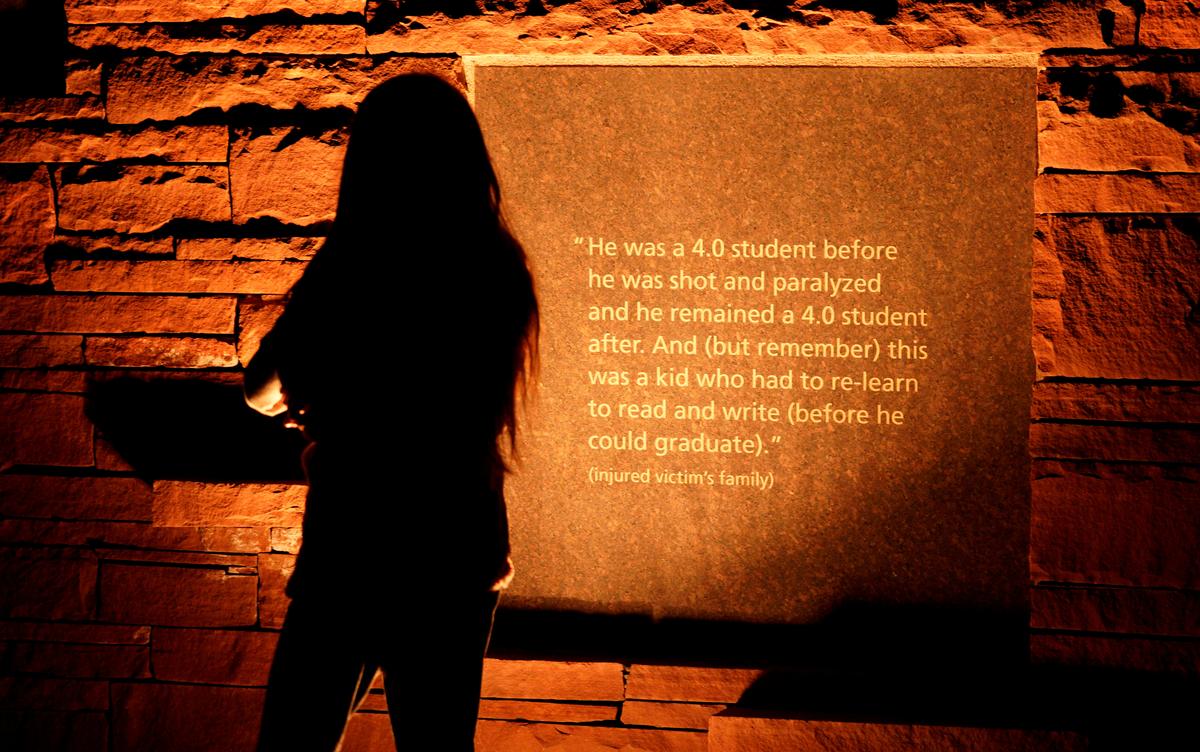 DENVER (Reuters) – Public schools in Jefferson County, the site of Columbine High School, and nearby districts were closed on Wednesday as police hunted for an armed Florida woman “infatuated” with the Columbine massacre, three days before the 20th anniversary of that attack.

Agents with the Federal Bureau of Investigation, Jefferson County deputies and Colorado state troopers were searching overnight for Sol Pais, identified as an 18-year-old woman from Florida. They called her “extremely dangerous.”

Pais flew from Miami to Denver on Monday, where she bought a pump-action shotgun and ammunition, FBI Special Agent in Charge Dean Phillips said at a press conference late Tuesday. Denver is adjacent to Jefferson County.

“We consider her a credible threat to the community,” Phillips said. She has not been charged with any crime, he said, but “our priority is to find Miss Pais.”

Two teenaged boys who attended Columbine High School shot and killed 12 classmates on April 20, 1999, then committed suicide. At the time, it was the deadliest school shooting in U.S. history.

The Denver FBI office was alerted to the potential threat early Tuesday by Miami FBI agents. They notified area schools that afternoon.

About a dozen Denver area districts called off classes for Wednesday, according to school district websites and media accounts.

Earlier on Tuesday, an FBI bulletin said authorities lacked probable cause for a formal arrest but that law enforcement should detain Pais for a mental-health evaluation.

The sheriff’s Twitter post, which included two photos of Pais, said she was dressed in a black T-shirt, camouflage pants and black boots.

The Denver Post reported that one of its reporters called the home of Pais’s parents in Surfside, Florida, near Miami, and that a man identifying himself as an FBI agent interrupted the call and said the agency was interviewing them.

FILE PHOTO: People visit the Columbine memorial after teens kicked off a voter registration rally, a day ahead of the 19th anniversary of the massacre at Columbine High School, in Littleton, Colorado, U.S., April 19, 2018. REUTERS/Rick Wilking/File Photo

Security alerts and safety drills have become commonplace in public schools across the United States since the Columbine shooting as campus gun violence has grown more frequent.

Denver public schools alone have held 22 lockdowns and 294 lockouts over the past two academic years, according to school data cited by the Denver Post.

“I know this opens a wound, especially during this anniversary week,” Jefferson County Sheriff Jeff Shrader said Tuesday night. He added that he wanted residents to know that “we have a lot of boots on the ground.”

Reporting by Keith Coffman in Denver, additional reporting by Rich McKay in Atlanta, and additional writing by Steve Gorman in Los Angeles; editing by Larry King

0
The Arkansas General As...
Read more