Now awaiting trial for more than a year on charges of misusing social media and helping a terrorist group, the Egyptian-American fears the spread of the coronavirus in Egypt’s crowded jails.

Last month Amashah, who suffers from an autoimmune disease and asthma, started a hunger strike to draw attention to his plight, his parents said.

Egypt, which has a population of 100 million, has reported 3,490 cases of the new coronavirus, including 264 deaths.

Top officials have expressed confidence they can contain the outbreak through measures including quarantine, a night curfew in place since March 25, and public information campaigns.

But since the country’s first case on Feb. 14, relatives and rights groups have called for the release of detainees, including political prisoners swept up in a crackdown on dissent under President Abdel Fattah al-Sisi.

While countries including Iran, Germany and Canada have freed prisoners in an effort to contain the coronavirus epidemic, Egypt has given no public sign it will do so.

The government press centre forwarded to Reuters an Interior Ministry statement on Thursday saying that it was taking all necessary preventative and protective measures for prison staff, ensuring cleaning, healthcare and testing inside places of detention.

The government also suspended family visits to prisons on March 10 to limit risk of infection, though some families say the measure makes it harder for them to deliver supplies including soap and medicine.

The interior ministry said it allowed for prisoners’ belongings to be brought in, and the exchange of messages.

The tours followed a report by U.N. experts that said that poor prison conditions may have led directly to Mursi’s death and was putting thousands more at severe risk.

A hunger strike started on several wards at Tora in late February in protest at poor conditions, a lack of information about the new coronavirus and a failure to disinfect cells, said a human rights lawyer in contact with inmates.

The lawyer added that the hunger strike had ended after about a week when prison officials began letting in more medicine, clothes and letters.

An Interior Ministry spokesman did not respond to phone calls or Whatsapp messages asking for comment on the lawyer’s account.

Amashah continued his protest and was moved to the prison hospital, his father Abdel-Megeed told Reuters, saying he feared his son could suffer the same fate as Moustafa Kassem, an Egyptian-American who died in prison in Egypt in January after staging a liquid-only hunger strike.

“Will they leave him until he dies? I know nothing about him, I am unable to even talk to him to tell him to stop,” said Amashah’s mother, Naglaa Abdel Fattah. The Interior Ministry spokesman could not be reached for comment on Amashah’s case.

The U.S. embassy in Cairo declined to comment directly on Amashah, but said it had requested permission to speak with an unspecified number of incarcerated American citizens by phone until visits resumed.

On April 10, a group of bipartisan U.S. senators sent a letter to Secretary of State Mike Pompeo asking him to call for the release of U.S. prisoners, citing the risk from the new coronavirus. The letter mentioned Amashah and 14 other prisoners including two more in Egypt and others in countries including Saudi Arabia, Iran and Syria.

The U.S. State Department declined to comment on the letter specifically. David Schenker, Assistant Secretary for Near Eastern Affairs, said in February that detained Americans came up “with some frequency” in dialogue with Egypt.

Alaa Abdel Fattah, a leading activist in Egypt’s 2011 uprising held in remand detention at Tora on charges including spreading false news, belonging to a terrorist organisation and misusing social media, also started a hunger strike on April 13, his relatives said.

“While Egypt enters its third week of curfew, family members on both sides of the prison walls are being kept in a state of panic,” they said in a statement.

The Interior Ministry did not respond to a request for comment on Abdel Fattah’s situation.

Abdel Fattah’s mother, sister and aunt were briefly detained last month after staging a rare public protest to highlight the risk of the coronavirus in prisons.

Rights researchers fear guards could bring the virus to prisons and said there had been several suspected cases in Tora and at Wadi al-Natroun prison, northwest of Cairo.

Reuters was unable to confirm independently whether any prisoners had tested positive. Two prison sector sources said 14 suspected cases in three prisons had all tested negative.

One detainee contacted by Reuters said he feared the spread of the virus because physical distancing was impossible at his Cairo prison, where the 15 inmates in his cell each had about 0.5 square metres (5.3 square feet) – not an unusual level of overcrowding, according to researchers. 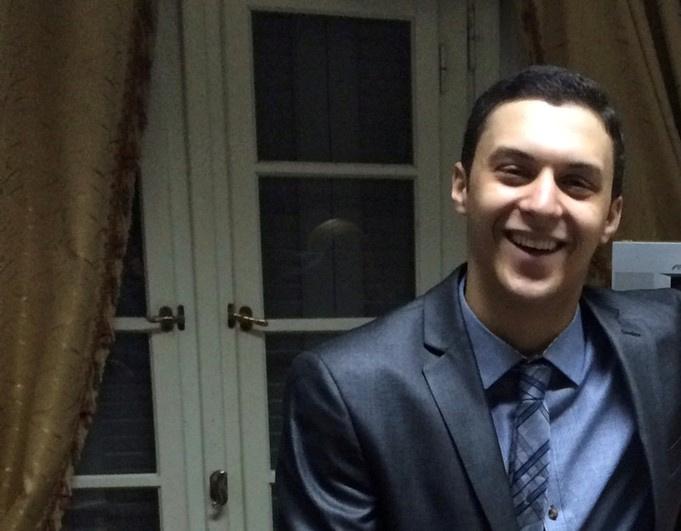 The International Committee of the Red Cross recommends minimum accommodation space globally of 3.4 metres squared (36.6 square feet) for each detainee.

In March, as Egypt began to see its first clusters of cases, information about the illness inside prisons was restricted, the detainee and a recently released detainee said.

At police stations, where men rounded up for breaching the night curfew or the closure of mosques have been held overnight before being fined and released, overcrowding can be worse than in prison, said the former detainee, who was required to report to a Cairo police station once a week.