PARIS (Reuters) – A French court will on Friday decide whether to back Amazon’s (AMZN.O) appeal against an order to restrict the goods it can deliver, which led it to close its warehouses in France and left many small firms struggling to ship products.

An employee prepares an order for Amazon at Porona warehouse in Bruay-sur-l’Escaut near Valenciennes, France, April 22, 2020. REUTERS/Pascal Rossignol

The coronavirus pandemic has sparked a surge in online orders from people under lockdown, but also fuelled protests by Amazon workers from the United States to Italy over its sanitary protocols.

In France, these protests spiralled into a legal battle, highlighting how companies may struggle to keep going while protecting their workers, just as firms across Europe need to figure out how to let staff safely return to offices and factories once restrictions are lifted.

The spat has also accentuated losses for some French businesses that were still managing to sell and ship through Amazon, in spite of a furore over whether some goods are really essential.

“It’s been horrendous,” said Yannick Jan, whose stationery company on the outskirts of Paris has been trying to handle 600 orders a day from its own premises, rather than the usual 80, since Amazon warehouses shut on April 16. The firm brought back some staff it had laid off.

Jan’s monthly sales were already on the wane due to the pandemic. Skyrocketing shipment costs were now eating into margins, he said, after he resorted to more expensive delivery firms including the French postal service.

Some 10,000 third-party French vendors sell though Amazon’s site and many use its logistics too. The French government, facing an 8% economic downturn this year, has encouraged businesses to operate when possible.

A French court handed unions a first victory last week after it told Amazon to restrict shipments to only food, hygiene and medical products while it improved its health measures. This followed complaints the warehouses were too crowded and still processing everything from sex toys to video games.

Amazon – which had already said it would prioritise some products during the outbreak, though not to such an extreme – shut its warehouses, arguing the ruling was too vague and it could not risk a fine.

It has extended the closures until April 25 at least as it awaits the appeal. If Amazon’s appeal is thrown out on Friday, it could yet find a compromise with workers allowing warehouses to reopen, though a ruling in unions’ favour would add weight to their demands.

“I can reassure everyone – we are heading towards a solution,” said Laurent Dégousée of the Sud union that brought the claim, and which wants Amazon and postal services to restrict the shipments they process.

Amazon, which says its health standards were adequate, has frozen some storage fees for French vendors.

Sylvain Flipot, who sells goods including riding saddles and dressing-up costumes across Europe through Amazon, said much of his stock had become stranded in the company’s Lauwin-Planque warehouse in northern France.

His business, Ponera, had offset some of the hit from the coronavirus crisis with sales of hygiene products like soaps. But his French revenues have fallen 80% since the warehouses shut, and exports are tricky.

“We’re sending some goods to an Amazon warehouse in Germany,” Flipot said. “But it’s costing four times as much, and there are long delays.” 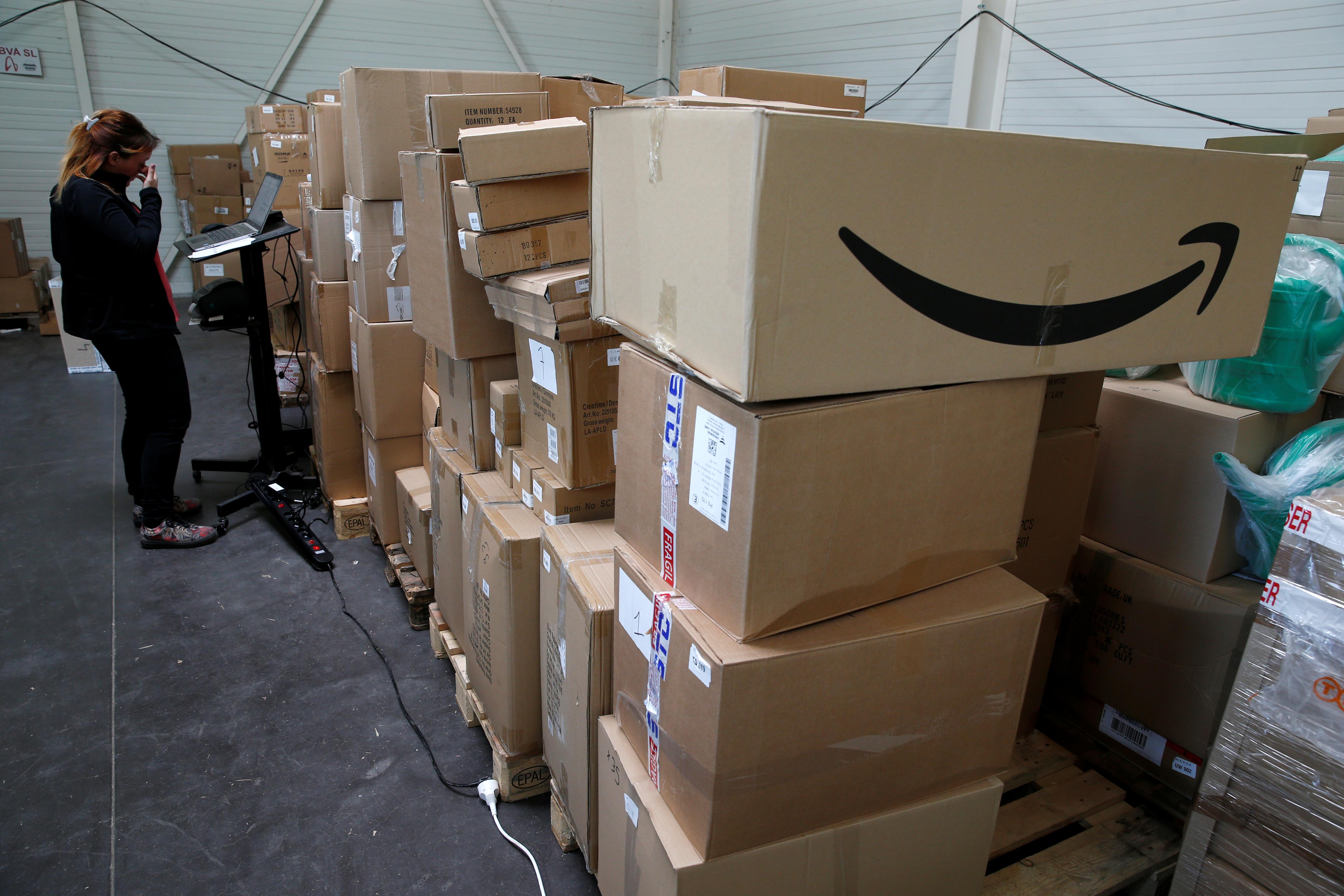 With most retailers closed in France, e-commerce has become a lifeline for many small firms.

Victor Mazoyer, a butcher in France’s southeastern Drome region, said customers deserted his store when the lockdown started. But his sales via Amazon jumped.

“We used to have some five orders a week online … and we’ve gone up to 50 parcels of meat,” Mayozer said.