PORTAPIQUE, Nova Scotia (Reuters) – A gunman who at one point masqueraded as a policeman killed at least 16 people in the Canadian province of Nova Scotia during a 12-hour rampage, authorities said on Sunday, in what was the country’s worst modern-era mass shooting.

Among the victims of the shooting spree that spread across part of the Atlantic Canadian province was RCMP officer Heidi Stevenson, a 23-year veteran of the force with two children.

The Royal Canadian Mounted Police said the gunman, 51-year-old Gabriel Wortman, who worked as a denturist, appeared at one stage to have been wearing part of a police uniform. He had also painstakingly disguised his car to look like a police cruiser.

Police added they had ended the threat posed by Wortman, who was dead, but would not confirm a report by the CTV network that the RCMP had shot him.

Wortman shot people in several locations in Nova Scotia, the RCMP told a briefing. RCMP Commissioner Brenda Lucki told the Canadian Broadcasting Corp the police knew of at least 16 victims, besides the shooter. She added there was no indication at this time that the killings were terrorism-related.

Police said there was no apparent link between Wortman and at least some of his victims. They said they had no idea what his motivation might have been.

“Today is a devastating day for Nova Scotia, and it will remain etched in the minds for many years to come,” said Lee Bergerman, commanding officer of the RCMP in Nova Scotia.

The death toll exceeded that of a Montreal massacre in 1989 when a gunman killed 15 women.

Mass shootings are relatively rare in Canada, which has tighter gun control laws than the United States.

Nova Scotia, like the rest of Canada, is under a stay-at-home order because of the coronavirus pandemic.

Police discovered the killings late on Saturday after multiple reports of shots at a house in the small coastal town of Portapique, about 130 km (80 miles) north of the provincial capital, Halifax.

Royal Canadian Mounted Police (RCMP) monitor Portapique Beach Road, as a fire truck travels along it after searching for Gabriel Wortman, who the police describe as a shooter of multiple victims, in Portapique, Nova Scotia, Canada April 19, 2020. REUTERS/John Morris

“When police arrived on the scene, members located several casualties inside and outside of the home,” said Chris Leather, the Nova Scotia RCMP’s criminal operations officer.

Several buildings in the town were ablaze and police exchanged gunfire at one point with Wortman. Probes subsequently disclosed he had also killed people in several other locations.

“We’re not fully aware of what (the) total might be,” said Leather.

At one point on Saturday evening, Wortman “appears to have been wearing – if not all – then a portion of a police uniform,” Leather said. But he did not specify whether the suspect had been disguised as an officer when the killings occurred.

“The fact that this individual had a uniform and a police car at his disposal certainly speaks to it not being a random act,” Leather said.

According to the websites of the Denturist Society of Nova Scotia and the province’s Better Business Bureau, Wortman operated a denture clinic in Dartmouth, close to Halifax.

In response to a question, Leather said police would look at a possible link to the coronavirus outbreak, which has forced the closure of non-essential businesses.

A local resident said she had come across two burning police vehicles while out driving on Sunday.

“There was one officer we could see on scene and then all of a sudden, he went running toward one of the burning vehicles,” Darcy Sack told the CBC.

“We heard gunshots,” she added. Television footage from Portapique showed two burned-out vehicles on a road. 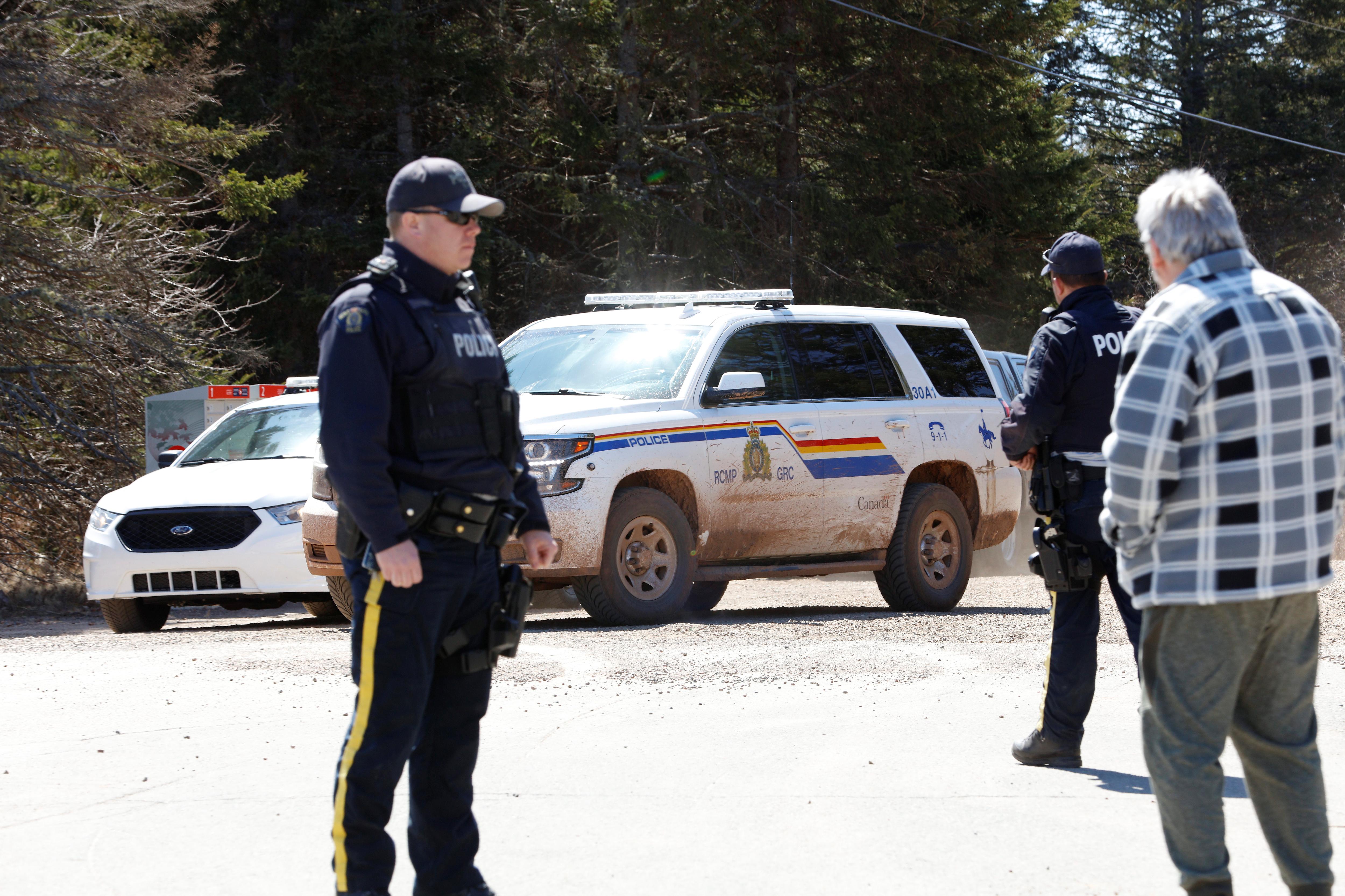 Canadian Prime Minister Justin Trudeau said his government would help Nova Scotians “as they heal from this tragedy.”

The killings do not represent the largest act of murder in the country’s history, given that 268 Canadians were among the 329 people who died in 1985 when a bomb brought down an Air India jet over the Atlantic.