LAGOS (Reuters) – In Nigeria’s Benue state, the food basket of the country, Mercy Yialase sits in front of her idle rice mill. Demand is high across the nation, but she already has mounds of paddy rice that are going nowhere amid the COVID-19 lockdown.

Men load sacks of rice among other food aid in a truck, to be distributed for those affected by procedures taken to curb the spread of coronavirus disease (COVID-19), in Abuja, Nigeria April 17, 2020. Picture taken April 17, 2020. REUTERS/Afolabi Sotunde

“I can’t mill because the marketers are not coming,” Yialase said, referring to wholesale buyers, as she sat at a market stall in the city of Makurdi with dozens of other millers.

Although food truck drivers are meant to be exempt from lockdown restrictions, many are afraid for their own safety, or fear they will be fined or arrested by overzealous police.

The situation in Nigeria, Africa’s most populous nation, is reflected across sub-Saharan Africa.

Trucking logistics firm Kobo360 said 30% of its fleet across Nigeria, Kenya, Togo, Ghana and Uganda was not operating as a result. Several farmers said crops were rotting in the fields or at the depots waiting for trucks that never arrive. And millers cannot get their milled rice to buyers.

“There is no clarity around what can move around … or what is essential transportation,” said Kobo360 co-founder Ife Oyedele, adding that truck bosses were afraid. “They’re scared to go out and have their drivers on the road.”

Millions of people in the region are at risk of not getting the food they need due to coronavirus disruptions, according to the United Nations and World Bank.

While domestic crops and capacity go to waste, the imports the region relies on have also dried up as major suppliers, including India, Vietnam and Cambodia, have reduced or even banned rice exports to make sure their countries have enough food to cope with the pandemic.

Meanwhile, scarcity has driven up prices of the main staple food beyond the reach of some people since lockdowns were announced in three states at the end of March to tame the spread of the virus.

Sub-Saharan Africa, the world’s largest rice-importing region, could be heading from a health crisis straight into a food security crisis, the World Bank warns.

More widely, the United Nations says coronavirus disruptions could double the number of people globally without reliable access to nutritious food, to 265 million.

“There is no question about it that there is an imminent problem of food insecurity, not only in Nigeria, but also in nations all over the world,” Nigeria’s Agriculture Minister Muhammed Sabo Nanono told Reuters.

Nanono said Nigeria had at least 38,000 tonnes of grains in government-controlled strategic reserves. It is looking to replenish with 100,000 additional tonnes.

However the region has among the lowest inventories relative to consumption, so export restrictions mean rice shortages “could happen very quickly,” according to John Hurley, lead regional economist for west and central Africa for the U.N.’s International Fund for Agricultural Development.

(GRAPHIC: Months of crop use held in stocks by region – here)

Nigeria has substantially increased domestic rice production in recent years. But figures from the U.S. Department of Agriculture (USDA) show it still imports at least a third of what it consumes. Across sub-Saharan Africa, countries rely on imports for roughly 40% of rice consumption.

This puts these countries at particular risk.

Since only 9% of global output is traded internationally, the curbs hit prices immediately, the USDA said.

“We need to make sure we’re not taking policy measures that are going to hurt the rural poor and people in developing countries, said Hurley.

The price of a bag of imported rice rose by more than 7.5% in Abuja and Lagos between the third week of March and early April, according to SBM Intelligence, while bags of local rice became about 6%-8% more expensive.

In Kenya, panic-buying and government programmes to distribute rice to low-income households have already depleted reserves.

If imports don’t pick up, East Africa alone could face a shortfall of at least 50,000-60,000 tonnes by the end of the month, said Mital Shah, managing director of Kenya-based Sunrice, one of the region’s largest rice importers.

“The entire supply chain has been disrupted,” Shah said. “In the next couple of weeks, East Africa is going to have a huge shortage.”

Getting the bills of loading for imports into Kenya has also stretched from three to four days to three to four weeks. In Nigeria, clearing imports has gone from weeks to months.

Senegal’s rice imports have fallen by around 30% due to international supply disruptions, said Ousmane Sy Ndiaye, executive director of UNACOIS, a Senegalese commerce industry group. He estimated the nation had enough in storage to cover two months.

Growing rice in nations outside East Africa, such as Nigeria, is also more important now due to a plague of locusts in East Africa that has decimated crops this year.

Domestic movement restrictions and import delays are also hindering farmers, and some are warning that production will fall if governments do not act.

A survey by AFEX Commodities Exchange Limited, a Nigerian company that assists the agriculture sector with logistics and financing, found that Nigeria’s fertilizer stocks are currently 20% below normal levels. There are only enough seeds and other inputs to farm 1 million hectares out of the roughly 30 million typically farmed, the study showed.

Other farmers say the lockdowns are hindering farm inspections by banks, putting their financing at risk, and creating problems physically getting tractors – which are often hired – to fields. Planting rice would typically start in May.

“Most people in the industry I speak with are worried,” said Dimieari Von Kemedi, managing director of Alluvial Agriculture, a farm collective.

Nigeria’s government has created a task force to minimize the coronavirus’s impact on agriculture. Nanono said it was creating ID cards for those in the agriculture sector, from farmhands to food truck drivers, to enable them to move freely. 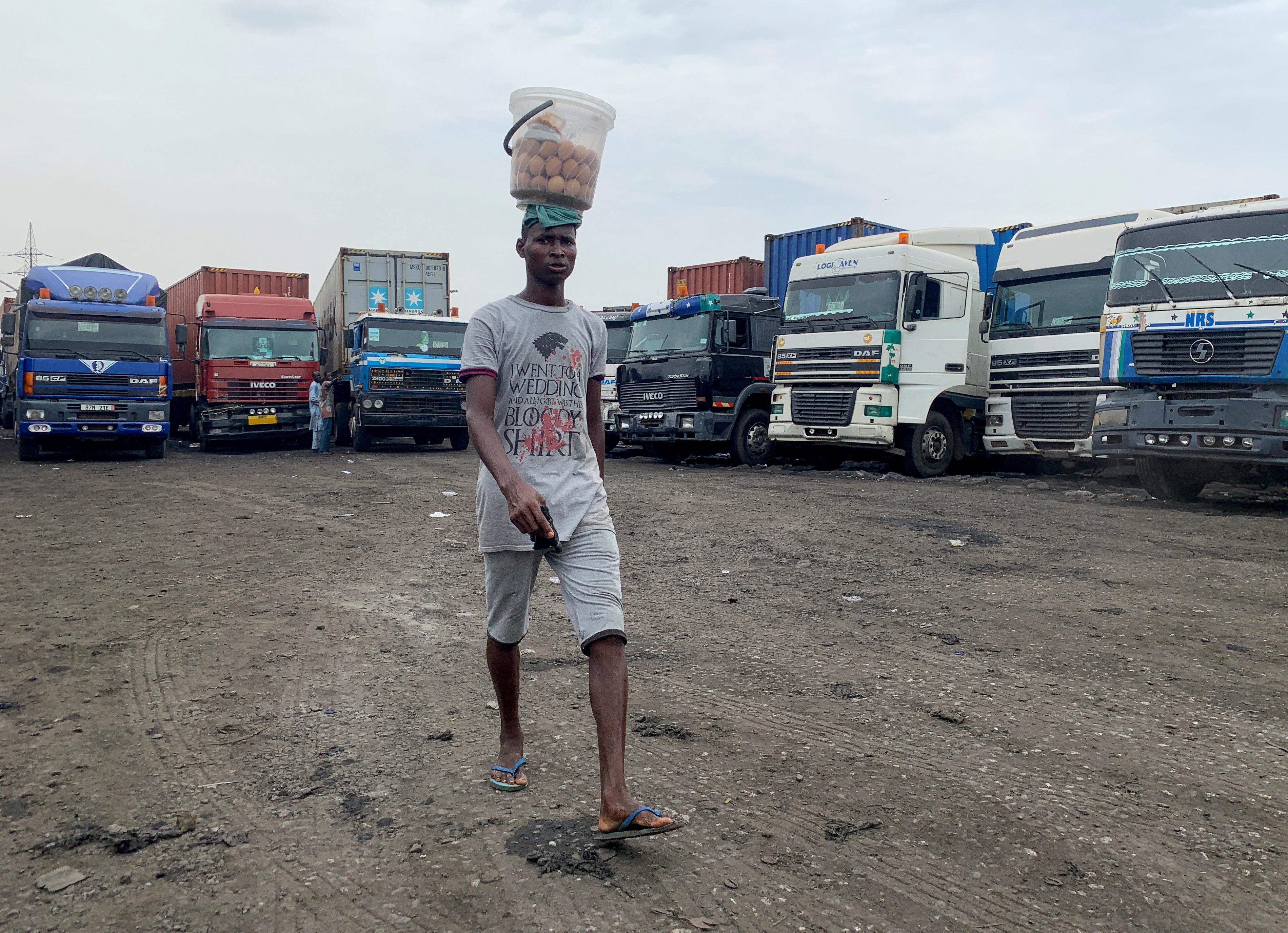 He said the government was taking steps to make sure farmers, millers and marketers could operate. The agriculture ministry is working to increase locally produced fertilizers, while the central bank would look to expand financing for farmers, he added.

Help cannot come soon enough for Yialase in Benue, who is awaiting the day marketers return.

“When they start to come, I can mill everything here, and they will buy.”