‘I own it:’ U.S. Navy secretary resigns over handling of coronavirus-hit carrier

WASHINGTON (Reuters) – Acting Navy Secretary Thomas Modly resigned on Tuesday after he faced mounting backlash for firing and ridiculing the commander of a U.S. aircraft carrier who pleaded for help stemming a coronavirus outbreak onboard.

The episode deepened upheaval in Navy leadership. The Navy’s last secretary was fired in November over his handling of the case of a Navy SEAL convicted of battlefield misconduct. The Navy SEAL had won the support of President Donald Trump.

U.S. Defense Secretary Mark Esper announced Modly’s resignation on Twitter, saying the Navy’s top civilian had “resigned of his own accord.” Trump concurred, saying it was a selfless act and adding he had nothing to do with it.

“The whole thing was … very unfortunate,” Trump said at the White House.

Modly’s resignation occurred only after mounting pressure from Congress and a backlash from the crew, and followed Trump’s own suggestion on Monday that he might get involved in the crisis — saying the Navy captain whom Modly fired was also a good man.

“I briefed President Trump after my conversation with Secretary Modly,” Esper said, as he named an Army Undersecretary Jim McPherson to replace Modly as acting Navy secretary.

In a note to sailors, Modly said he took responsibility for events over the past few days.

“It is not just missiles that can take us down, words can do it too, if we aren’t careful with how and when we use them,” Modly said.

Captain Brett Crozier, whom Modly relieved of command last week, favored more dramatic steps to safeguard his sailors aboard the Theodore Roosevelt in a four-page letter that leaked to the public last week.

When Modly fired him over the leak, his crew hailed Crozier as a hero and gave him a rousing sendoff captured on video, apparently upsetting Modly and leading the Navy’s top civilian to fly to Guam to castigate the captain in a speech to the crew on Monday.

Modly questioned Crozier’s character, saying at one point he was either “stupid” or “naive.” After audio of his speech leaked, including expletives, Modly initially stood by his remarks. But later, at Esper’s request, he issued an apology.

Trump appeared to take Modly’s side, saying Crozier had erred with the letter.

“The captain should not have written a letter. He didn’t have to be Ernest Hemingway. He made a mistake, but he had a bad day,” Trump told a news briefing.

‘NOBODY IS GOING TO FORGET’

But the apology was not enough to satisfy critics, who were calling for his resignation.

“Sadly, Acting Secretary Modly’s actions and words demonstrate his failure to prioritize the force protection of our troops,” Pelosi said in a statement.

Modly’s apology also did little to mollify the crew on the carrier.

“He said what he said and nobody is going to forget it,” a sailor on the carrier told Reuters.

Modly made the trip to Guam against the advice of his aides, doubling down on his decision to fire Crozier despite warnings that his trip might make the situation worse. 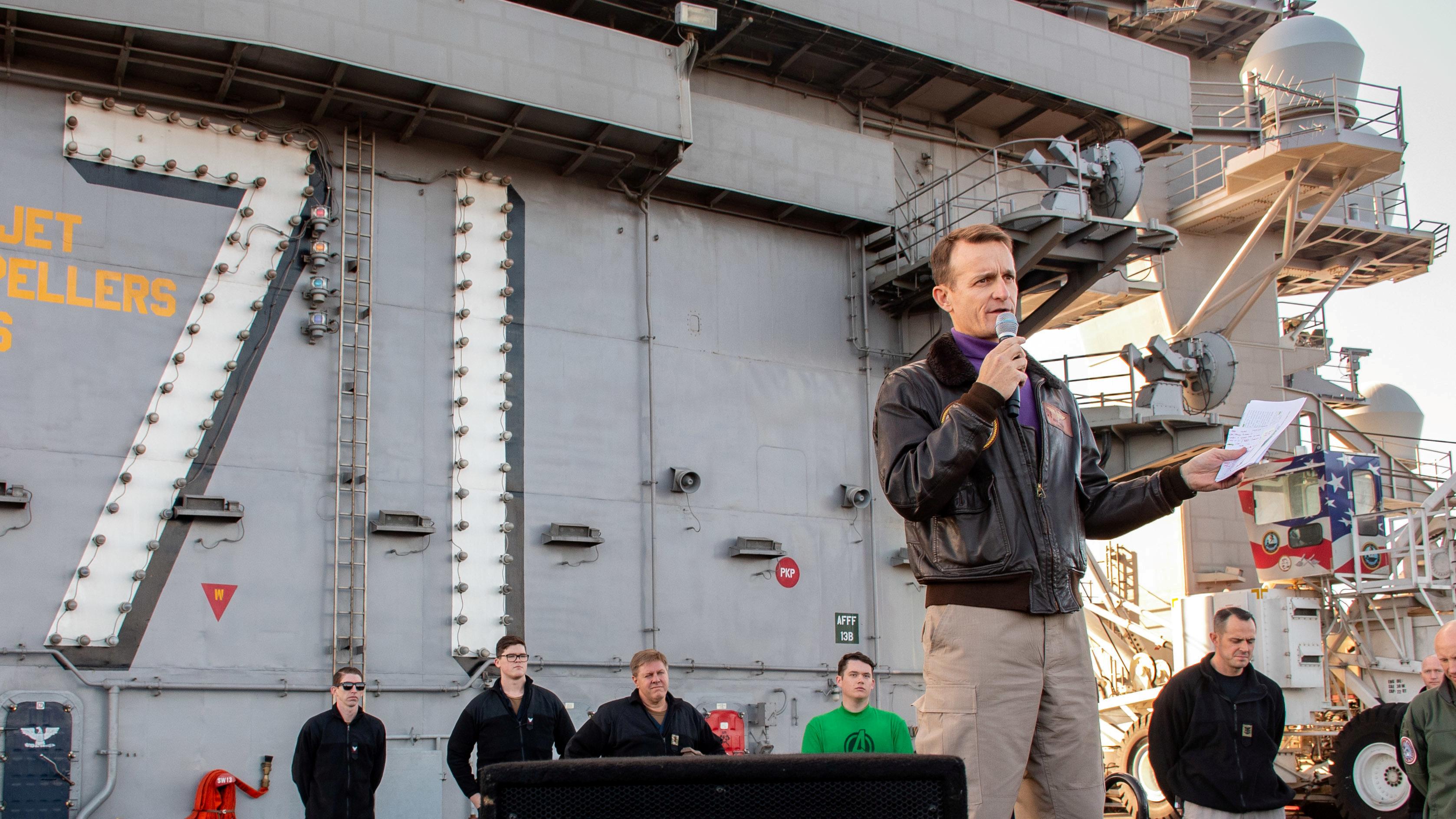 The crisis is the biggest facing Navy leadership since two crashes in the Asia Pacific region in 2017 that killed 17 sailors. Those incidents raised questions about Navy training and the pace of operations, prompting a congressional hearing and the removal of a number of officers.

The Republican who leads the Senate Armed Service Committee, Senator Jim Inhofe, said he was concerned about the turmoil in the Navy.

“In this difficult time, the Navy needs leaders now more than ever who can provide continuity and steady, insightful leadership,” he said.