ROME (Reuters) – Many Italian companies and academics are pressing the government to reopen factories to prevent an economic catastrophe, as the world watches how the first Western country to impose a lockdown can extricate itself from the unprecedented measures.

FILE PHOTO: A closed market, on an empty San Giovanni square is pictured, on the sixth day of an unprecedented lockdown across of all Italy imposed to slow the outbreak of coronavirus, in Turin, Italy, March 15, 2020. REUTERS/Massimo Pinca/File Photo

The same debate is being held around the globe: how long and stringently can bans to combat the coronavirus pandemic be held in place before irreversible damage is wrought, with businesses sunk and swathes of the population jobless?

Italy faces among the most pressing dilemmas, not only because its lockdown has been in place longer than most nations and it has the world’s highest death toll, but because the novel coronavirus has hit hardest in the northern industrial heartlands that generate a third of its economic output.

“How can I pay wages if I do not make money? How can I keep American clients if I am not in the position to respect any contracts?” said Giulia Svegliado, CEO of Celenit, a producer of industrial insulating panels with 50 employees in the northern town of Padua.

About 150 Italian academics have published a letter in Italian financial daily Il Sole-24 Ore, owned by the Italian business lobby Confindustria, urging the government to unblock the economy.

“The social and economic consequences would risk producing irreversible damage, probably more serious than those caused by the virus itself,” the letter said.

More than two weeks after the government ordered a shutdown of non-essential factories, Italian businesses are calling for the ban to be quickly lifted to avoid jobs being lost.

Rome imposed a nationwide lockdown on March 9 when the new virus, which emerged in China, had already killed more than 460 people. Two weeks later, Prime Minister Giuseppe Conte announced that non-essential businesses, including car, clothing and furniture production, would have to close until April 3.

The death toll has risen relentlessly and now stands at more than 16,500. The government extended the restrictions last week until April 13 and is widely expected to extend them again, for another three weeks.

However the smallest daily rise in COVID-19 deaths for nearly two weeks on Saturday, and the first fall in the number of patients in intensive care, have fed hopes that the epidemic might have reached a peak in Italy and focused attention on the next phase in the crisis.

Most businesses appreciate the need for lockdowns to safeguard public health. After all, if bans are lifted before the spread of the virus is curbed, people may not have confidence to leave their homes and engage in commerce.

The World Health Organization on Tuesday urged countries not to lift restrictions prematurely.

“One of the most important parts is not to let go of the measures too early in order not to have a fall back again,” said spokesman Christian Lindmeier. “It’s similar to being sick yourself if you get out of bed too early and get running too early you risk falling back and having complications.”

What worries many in Italy, and elsewhere, is the apparent lack of authoritative plans on how to safely lift measures, as governments wrestle with an unforeseen, invisible and unfamiliar foe and scientific guidance evolves on a weekly basis.

Companies in the euro zone’s third-largest economy are pushing for the government to come up with a strategy for a gradual exit from the lockdown.

“I expect government to set strict rules on security and then give us the possibility to go back to work,” said Stefano Ruaro, founder of Sertech Elettronica, a producer of electro-mechanical, electronic and software components in Vicenza.

So far, officials have said that work restrictions would probably be lifted on a sector-by-sector rather than geographical basis. Social distancing, wider use of personal protection devices such as face masks and strengthened local health systems have also been spoken about.

Testing and “contact tracing” would be extended, including with the use of smartphone apps and other forms of digital technology, following the South Korean playbook.

Vicenza and Padua are part of Veneto, one of the worst affected regions of Italy along with Lombardy and Emilia Romagna. The high density of factories and strong economic ties with China have been put forward as possible reasons behind the epidemic there.

“We say this very loudly to the authorities: ‘Hurry up’,” said Cesare Mastroianni, vice president of Absolute, a luxury yachts producer of Piacenza, Emilia Romagna. “The shutdown has already done incalculable damage.”

Trade unions have threatened to strike unless the government keeps non-core activities down. Protect health over wealth, they say – and while many companies are pushing the government for a plan to reopen factories, they won’t risk their staff.

“I am full of orders but I cannot reopen as long as there is a risk that employees may get sick. I will reopen when the responsible bodies decide that it can be done,” said Gaetano Bergami, founder of BMC, a producer of air filters for the motorcycle and automotive industries with 100 employees.

With Italy’s gross domestic product expected to fall by 6% this year according to Confindustria’s forecast, public debt spiking towards 150% of GDP and thousands of people asking for state-backed income support schemes, pressure is growing on Conte to come up with a detailed blueprint for recovery.

Franco Locatelli, the head of Italy’s Higher Health Council, said a reliable antibody test to find out who had already contracted the coronavirus, and likely have developed immunity, would give a better picture of the extent of Italy’s epidemic.

However, it would probably then take another month before the health authorities are able to roll out recommendations on a plan for nationwide testing, Locatelli said.

Some industrialists said they would be happy to spend their own money to test employees if that would help speed up a gradual reopening of their activities. 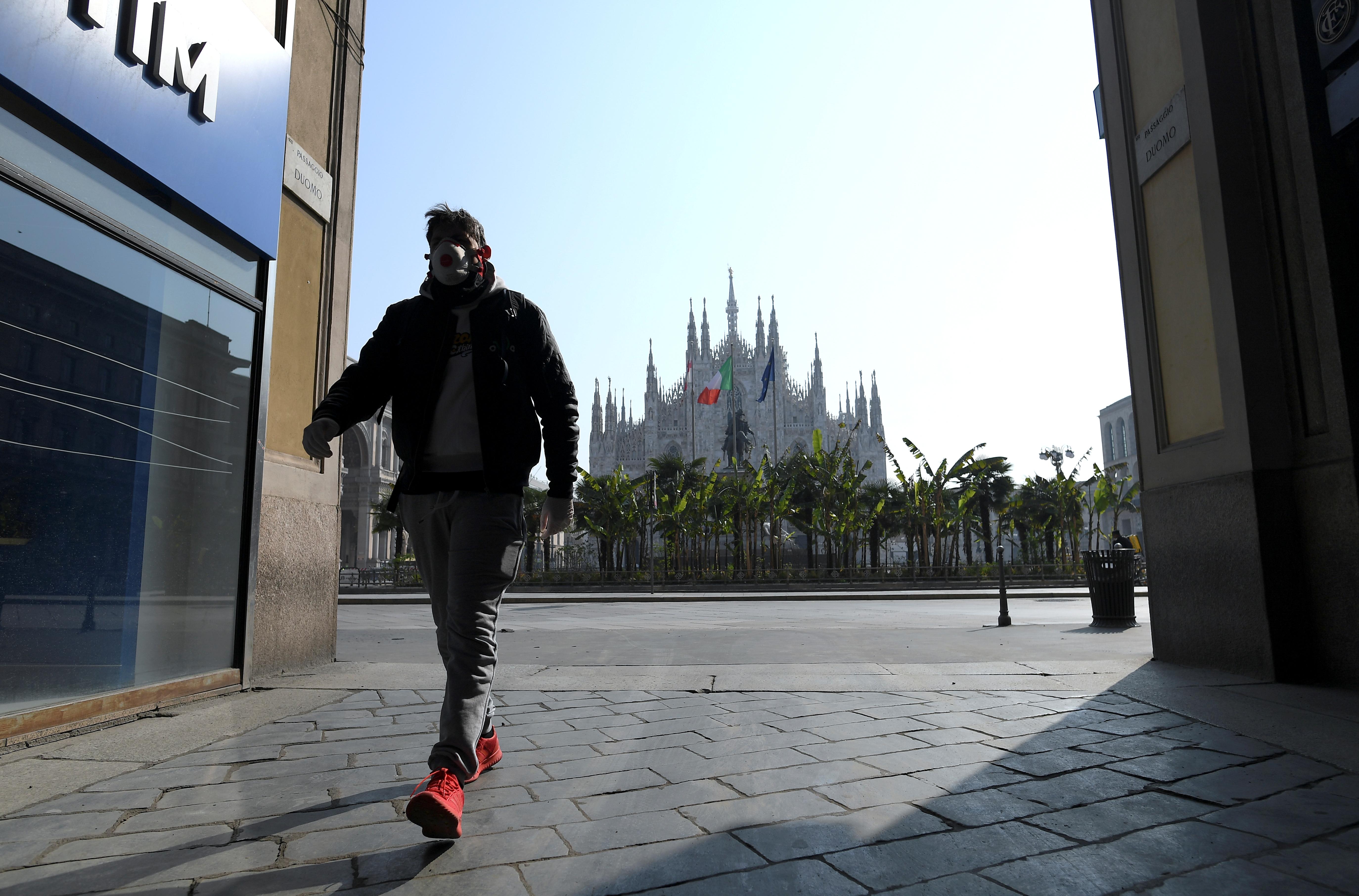 Roberta Mantovani, chairwoman of Mantovanibenne, a producer of excavator buckets in Mirandola, in the Emilia Romagna region, said that she was in favour of employers ensuring staff were checked out.

She is not alone.

“I would be glad to foot the bill,” said Celenit CEO Svegliado. “Rather than contracting coronavirus in the workplace the real risk is to be pushed out of the market.”