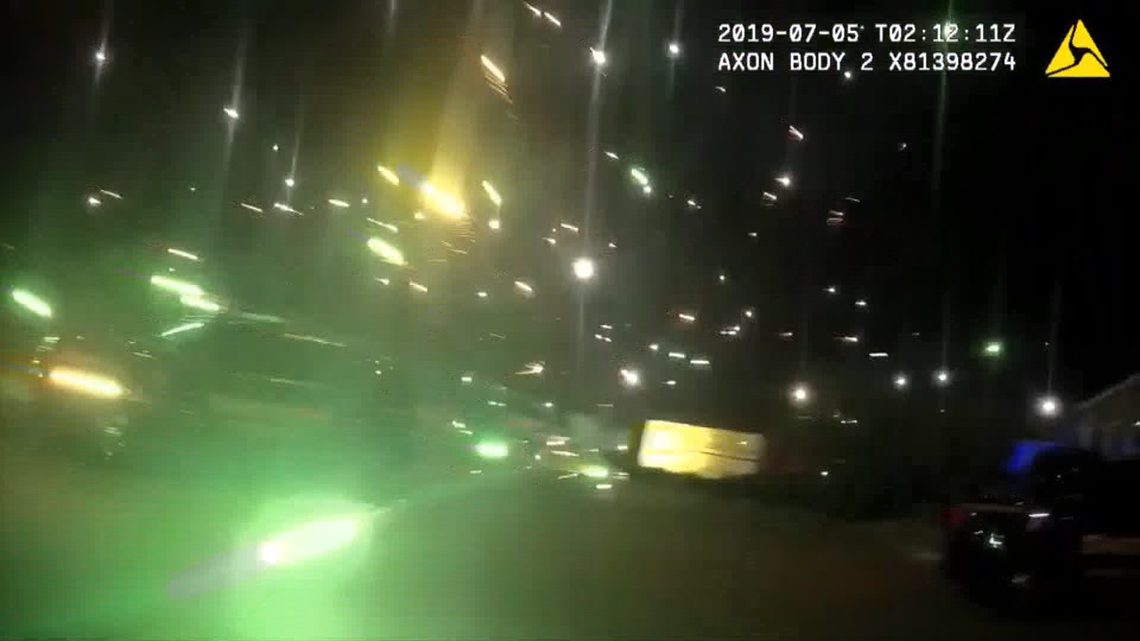 LITTLE ROCK, Ark. — According to deputies, five people lost fingers, several others were also injured, and 12 more are facing charges following a chaotic “firework war” in the College Station neighborhood in Pulaski County.

It sounds like a nightmare, but people said it was a Fourth of July tradition that spiraled out of control and ended horribly wrong.

Christopher said the Fourth of July “firework war” has been going on in College Station for years, attracting people from other neighborhoods.

“They know when Fourth of July comes, this is the spot to be at,” Christopher said.

Although it’s nothing new, Christopher said this is the first time he’s been seriously hurt.

“It popped right here,” he said, pointing at his genitals. “And it could have been dangerous because I almost lost everything.”

He suffered second degree burns on his thigh, but said compared to the five people who lost fingers, he considers himself lucky.

“I guess they were holding theirs like actually tight, like up here, and I seen it, it was bad,” Christopher said.

RELATED: VIDEO: 5 injured after fireworks fight outside of Little Rock

“They were shooting at the cops,” Christopher said.

“They didn’t know what to do either, they were confused because of so many injuries,” Christopher said.

Pastor Dowell Evans saw the chaos unfold from his ministry next to Bessie Wilson Gregg Park.

“They were shooting at the officers, the officers were trying to do what they do, trying to bring order into this chaotic situation,” Pastor Evans said.

He said all things considered, the situation could have ended worse.

“It should have been really bad, but nobody got killed. The atmosphere was right for something like that to happen,” Pastor Evans said.

The park where the majority of the fireworks were popped off was right next door to Pastor Evans’ ministry. He said he spent the majority of Friday cleaning up the mess left behind.

He went on to say that he wants to see this tradition come to an end.

“I’m going to do everything in my power to make sure it doesn’t even happen next year,” Pastor Evans said.

But Christopher said, despite deputies’ attempts, he and his friends will stick to their tradition.

“It’s a tradition. We started the tradition, now we have to keep it going,” Christopher said.