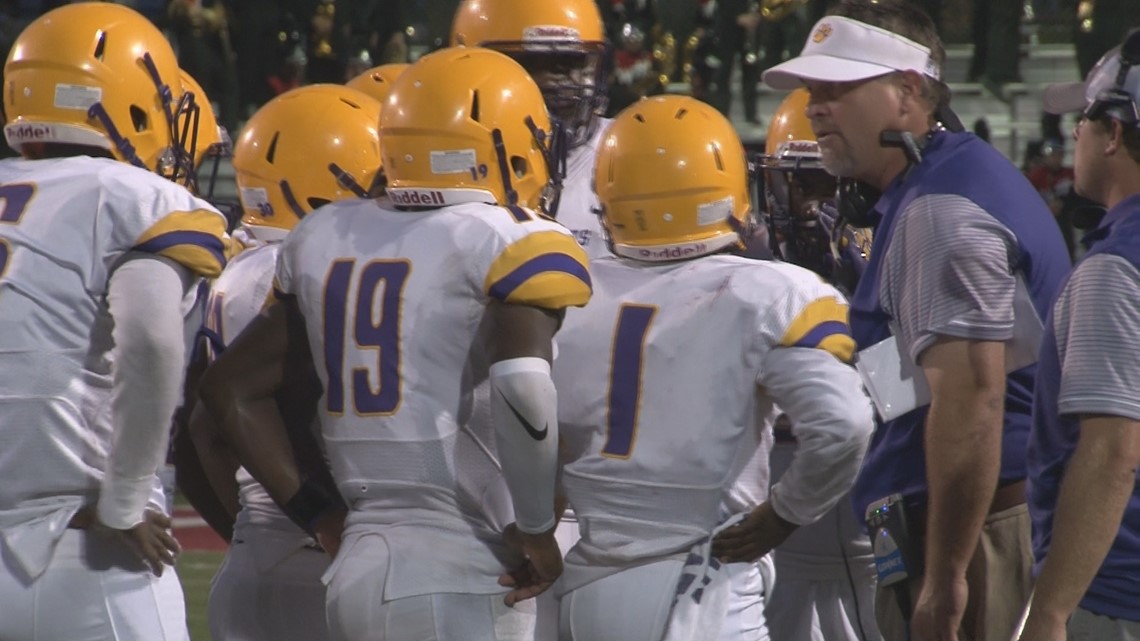 DUMAS, Ark. — Max Pennington, the head coach of the Dumas High Football team, is out of his office after sending a racist text to a parent, reportedly on accident.

Pennington took the team to the state semi’s last year.

But this message hit a raw nerve in the south Arkansas community.

It came to a player’s mom after her son got left off the list of players receiving awards.

In a text exchange, Pennington apologized to the mother.

But 20 minutes later, Pennington, who is white, sent a message to that African American mom – a racist three-word phrase.

Bradley Jenkins is a football scout living in Dumas and is close with the family that received the text message.

“I think he was having a conversation with someone else, maybe another one of his coaches on the staff, explaining to them what was going on, and he accidentally sent it to the wrong person,” Jenkins said.

As a black man, he’s angry.

“Basically she received a message— first of all, from him for her son not receiving an award at the assembly, and then a few minutes later she received a text message saying that he hated the n-word… you know the n-word.”

The woman works for the school district.

She immediately told the administration.

“I was surprised. It was out of character. I was very surprised. [Coach Pennington] was apologetic and remorseful. There’s not much more I can say because it’s a personnel matter,” Gragg said.

“I’m very concerned with the climate we’re facing everywhere in the country. We are going to do everything we can to make Dumas is an inclusive environment for every person no matter the ethnic group.”

Pennington was sent home Monday and the fair dismissal act entitles him to a hearing.

As for the team, Jenkins sees unity and a chance to learn and grow.

“They’re all unified and that’s the one thing that I can give credit for the young men and their fathers, and mothers their parents for keeping the guys together.”

In place of a committee meeting, former educators are organizing a community meeting on Farmer and Pine for 6 p.m. Monday night.