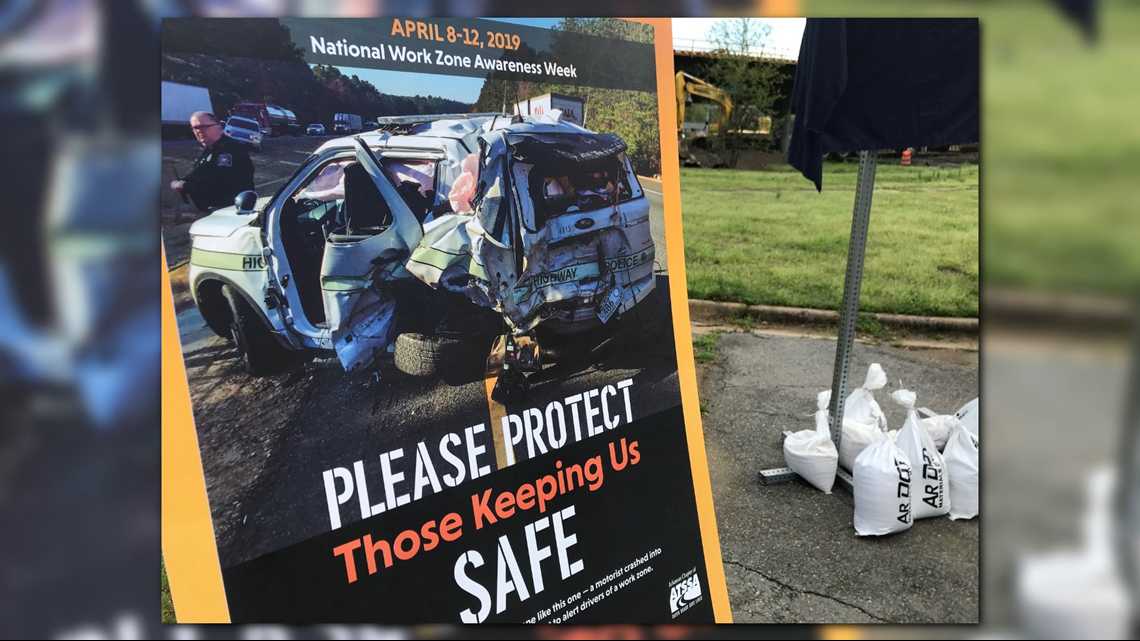 This week is a national safety campaign observed each spring, traditionally the start of construction season, to encourage safe driving through highway work zones. This year’s national theme is, “Drive Like You Work Here.”

There were 2,085 crashes in Arkansas work zones in 2017. These statistics further demonstrate the importance of raising awareness of work zone safety. Work Zone Awareness Week spreads the message that work zone safety is everyone’s responsibility.

During an event at Kanis Park in Little Rock, ARDOT unveiled signs to launch the “Slow Down. Move Over. Work With Us” campaign. These signs will be placed in major work zones across the State, advocating that motorists collaborate with the Department by being safe and responsible drivers.

As part of NWZAW, The Big Dam Bridge, Two Rivers Pedestrian Bridge, the Main Street Bridge in downtown Little Rock, and the Union Plaza Building will be lit with orange lights in observance of the campaign.