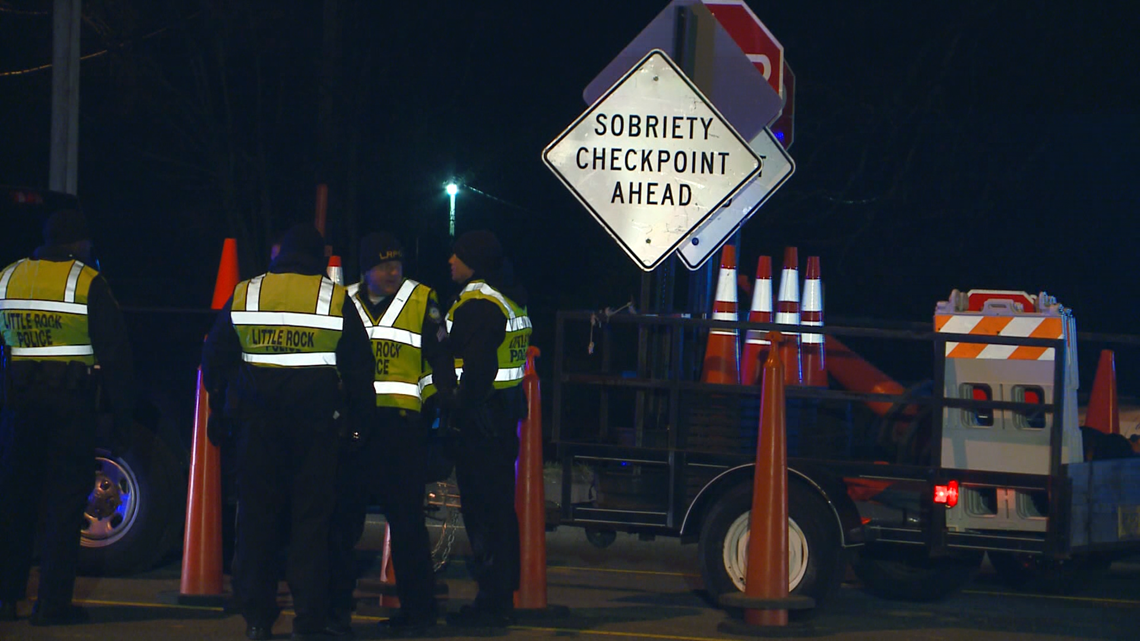 LITTLE ROCK, Ark. — For the first time in Arkansas, Mothers Against Drunk Driving teamed up with law enforcement agencies across the state for a national event called Saturation Saturday.

About five years ago, Mothers Against Drunk Driving started Saturation Saturday in Missouri and year after year different states have joined in on the effort. Saturday was the first year for Arkansas.

Yolanda Holmes, state manager for MADD, said the goal is to send a clear message.

“If you are going to drive drunk, you are going to get caught because the life of someone compared to a ticket or someone saying, ‘I’m sorry,’ doesn’t bring that person’s life back,” she said.

Holmes said it is a statewide DWI Enforcement Day.

“This is just one day where MADD comes together all across the country with law enforcement,” she said.

Holmes said it is a collaboration to increase high visibility of force on the streets and 21 different Arkansas law enforcement agencies joined in this year.

Holmes said the positive feedback they received from agencies around the state left her in disbelief.

“I was just so overwhelmed that so many of them said yes, they would love to participate,” she said.

This participation meant more officers were suited up as they patrolled for drunk drivers from 8:00 p.m. to 1:00 a.m.

“Instead of being confined into one area, they are pretty much spread out all over the city,” Holmes said.

Covering every bit of ground, the numbers that are in now are West Memphis with a DWI count of 8 and Pine Bluff with 2.

Before Saturday came along, MADD held roll call ceremonies on Friday in Little Rock and Saturday in Pine Bluff to honor the police officers, as well as remind everyone why they do this.

Janet Fletcher lost a loved one from an impaired driver and spoke at the Little Rock event on Friday.

“He was just a teddy bear and he loved his family more than anything,” she said.

The “he” is Fletcher’s father-in-law, Fred Lee Fletcher, who died on January 14th, 2018 from a head-on collision with an impaired driver.

“I kept thinking he was just at our house, he was happy. How could a day that was so good end so bad?” she said.

Fletcher said she hopes her family’s unthinkable tragedy will cause a change.

“We hope our story will help somebody. Just one person. Cause if somebody would’ve taken her keys or she wouldn’t have driven impaired, our life would be very very different,” she said.

Holmes said as long as she is in this position, MADD will continue to participate in Saturation Saturday.

She said she hopes this is something law enforcement will do twice a year within their departments.