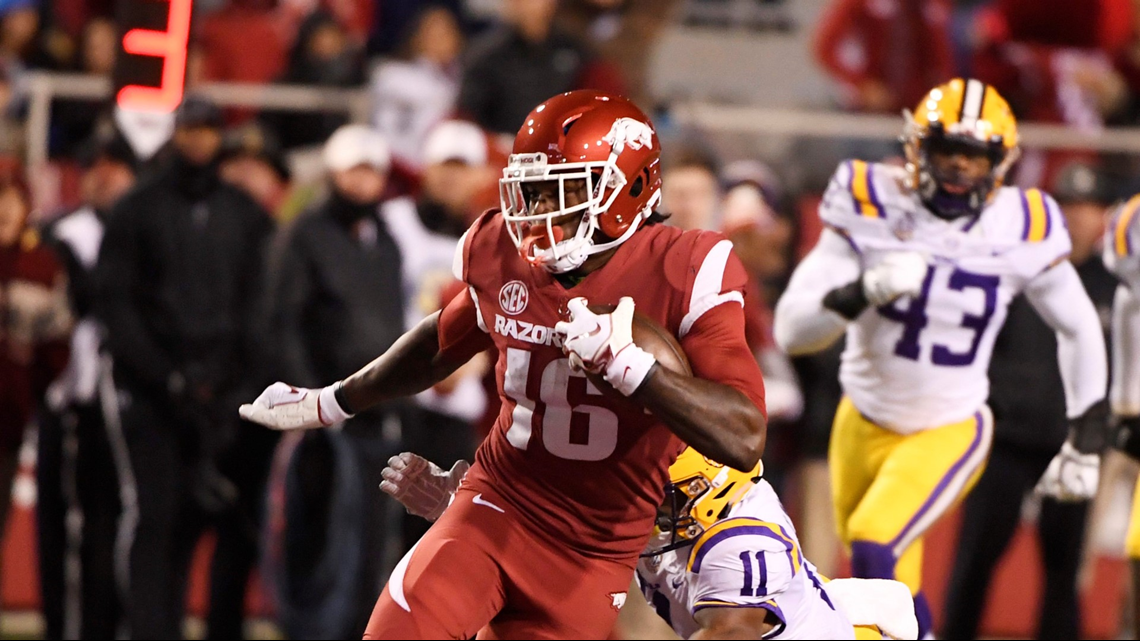 FAYETTEVILLE, Ark — The Arkansas Razorbacks are set to play an in-state school on the football field for the first time in more than 65 years when the Razorbacks host UAPB in 2021.

The two University of Arkansas system schools will meet in Fayetteville on October 23, 2021 and again on August 31, 2024. The games against the Golden Lions will represent the first games against an in-state school for the gridiron Hogs since 1944 when Arkansas defeated Arkansas-Monticello, then known as Arkansas A&M, 41-0 in Fayetteville in head coach Glen Rose’s first season.

“As the flagship institution within our state, scheduling games with our sister institutions is an opportunity for us to enhance interest in college football throughout our state while supporting other schools within the University of Arkansas system,” University of Arkansas Vice Chancellor and Director of Athletics Hunter Yurachek said. “We have already witnessed the anticipation these meetings have created in a number of our other sports. This new football series between Arkansas and UAPB will only add to the excitement for these matchups.”

The Razorbacks began playing University of Arkansas system schools in the fall when the baseball team traveled to Little Rock to take on the Trojans in a fall baseball game. The two teams followed up with a regular season game in early April at Baum Stadium with the Hogs also taking on UAPB in mid-April. The Razorbacks have also met the Golden Lions on the softball field and tennis courts this academic year.

“We’re excited to further expand our connection with the University of Arkansas in another historic competition,” said UAPB Athletic Director Melvin Hines. “This matchup in football creates a significant opportunity to grow the UAPB brand within the state as well as nationally while strengthening our overall University System.”

Arkansas is set to open the second year under head coach Chad Morris and the 2019 season at home against Portland State on August 31 inside Donald W. Reynolds Razorback Stadium. For ticketing info call 479.575.5151 or visit arkansasrazorbacks.com.