Arkansas trampoline parks push back against concerns about safety 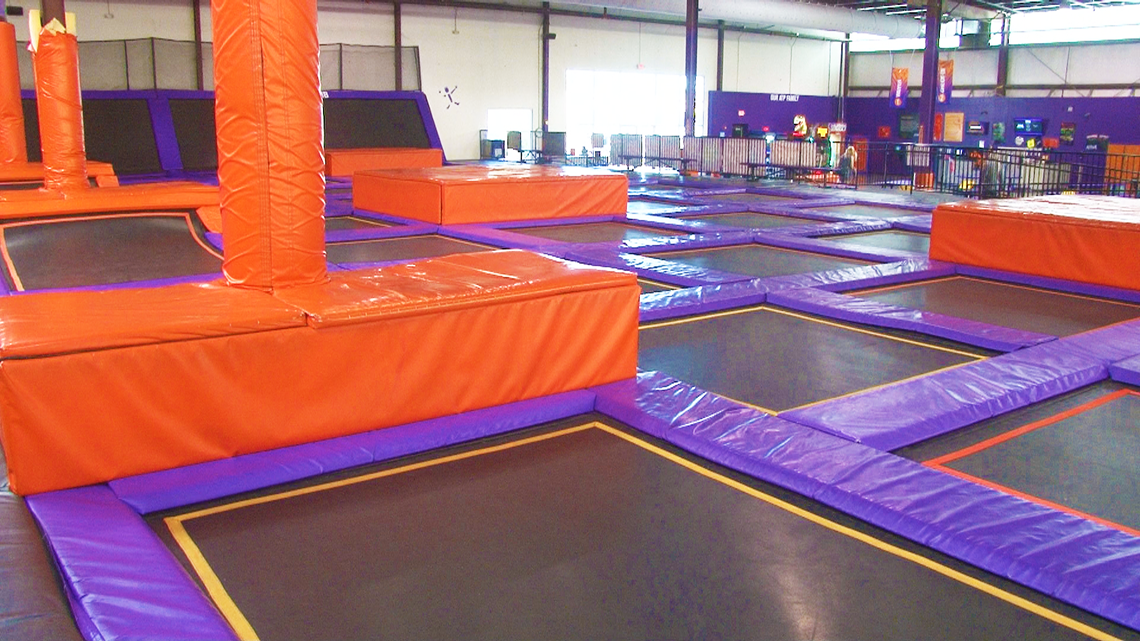 LITTLE ROCK, Ark. — Some members of congress say trampoline parks are dangerous and are pushing for additional regulation. THV11 wanted to find out what local companies do to keep guests safe, to allow people to make up their own minds.

“I might be biased,” Ruben Mandujano said Tuesday, “but I’d say that we have…the safest trampoline park.”

Mandujano, the maintenance manager at Altitude Trampoline Park in West Little Rock said he and the staff there inspect the trampolines daily.

Mandujano said as many as 600 people come through the doors on a typical Saturday, so inspections are increased on Fridays.

It was relatively empty Tuesday afternoon, however, which is handy because one of the trampolines into the foam pit ripped the day before and was about to be repaired. Mandujano said that is the most closely watched spot in the park.

“It can be hectic at times,” he mentioned, “but we do have that court monitor to make sure that we only have three people at a time there.”

Court monitors are the park’s version of lifeguards, watching from various positions to make sure rules are followed and help people who need assistance. According to the park’s website, they receive, “many days of training including classroom-style education, video presentations, group discussions, and emergency safety drills.”

“We have a lot of them that can perform concussion tests,” Mandujano added, “and see if (injured guests), you know, they have a concussion. A lot of first aid kits.”

The most recent study of trampoline parks was published by the American Academy of Pediatrics in 2016. It showed that emergency room visits nationwide caused by trampoline park injuries increased from 581 in 2010 to 6,932 in 2014. The Consumer Product Safety Commission estimated that 145,207 injuries were caused by trampoline use nationwide in 2017, though it did not distinguish between park and residential settings.

Mandujano said teenagers are the guests most likely to hurt themselves on a trampoline because of their tendency to push boundaries. He claimed that a compound fracture was the worst injury he has seen in the three years he has worked at Altitude, but that sprained ankles and stubbed toes are most common.

Guests at Altitude, like at many trampoline parks, sign a waiver when they enter to acknowledge the risks inherent in the sport. Some of the waivers include forced arbitration clauses, which critics say lessen the potential liability for a park when negligence causes a serious injury. Democrats in Congress have authored a pair of bills that would weaken those waivers and allow injured guests to sue the parks, giving them the possibility of a larger cash award.

Mandujano does not want headlines about those bills to make people fear a trampoline.

“We always make sure that anyone who comes, they feel that they’re safe,” he said. “So, we make sure, hopefully, people on the news can learn that we do look at these things.”

Mandujano said the maintenance checklist he uses come from Altitude’s corporate office. He said the company works with the International Association of Trampoline Parks to implement best practices tailored to the needs of each facility.

Mandujano mentioned that Altitude started requiring everyone to wear park-provided grip socks last year, instead of jumping barefoot or in their own socks. He said that led to a substantial reduction in injuries.