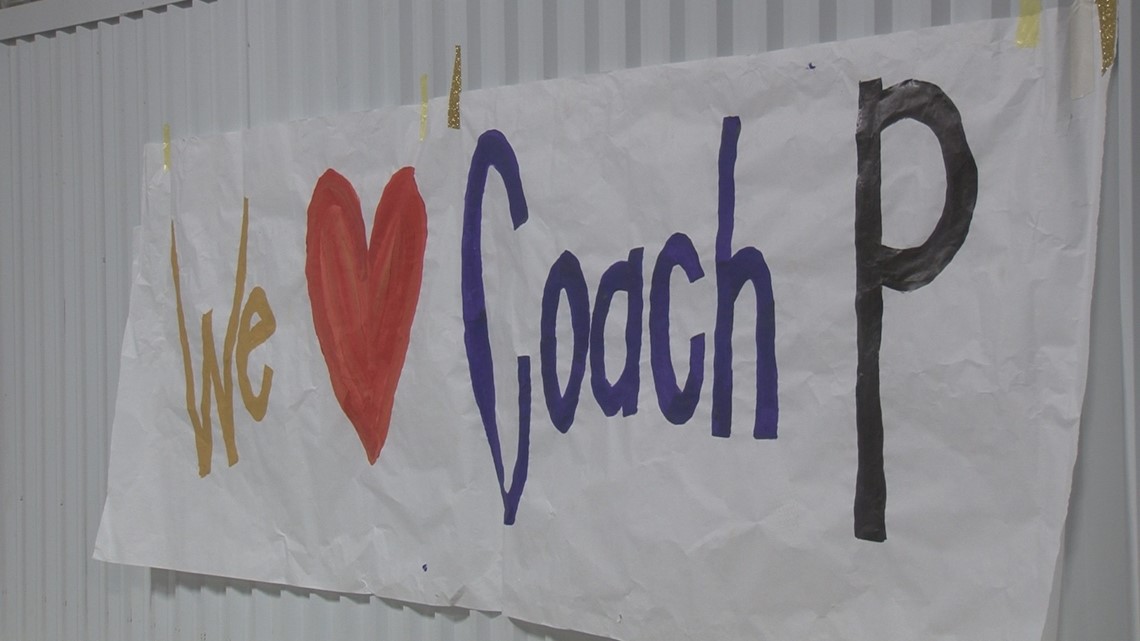 The fate of Dumas High School head football coach Max Pennington is up in the air after he sent a racist text message to the parent of a student athlete.

Pennington, who is white, is on leave following the conversation that took place with the mother, who is African American.

Some community members are calling on the district to fire Pennington. Meanwhile, others believe the coach deserves a second chance.

On Thursday, a group of about 60 people gathered at the Dumas Community Center for an open forum organized by Dumas High School students.

“I think tonight is a way to amend some of the tension in our community,” co-organizer Noah McClay told the crowd.

Each attendee was given an opportunity to share their thoughts on the situation. Despite the different backgrounds, ages and races of those in attendance, all who took the mic expressed support for Pennington and a desire for him to remain employed with the district.

Pennington did not attend Thursday’s gathering, but members of his family were on-hand. His sister, Lexie Ross, asked that her brother be shown mercy.

“He made a mistake,” Ross said through tears. “He is sorry and he loves his boys — black, white, purple, any color.”

Pastor Ollie Reddick of Calvary Baptist Church in Dermott was among those who spoke in support of Pennington.

“I think what I’m getting ready to say here carries a lot of weight here because I feel like I’m one of the only men here of my race, but I’m not here for that because I had a relationship with Coach Pennington,” Reddick said.

Reddick said he believes Pennington should remain employed by the school district, but face the consequences for his actions.

The students who organized Thursday’s meeting have started a petition in support of Pennington. It has about 150 signatures.

The Teacher Fair Dismissal Act entitles Pennington to a hearing. The next school board meeting is May 21.