Drinking in the street: What to expect with Little Rock’s first entertainment district 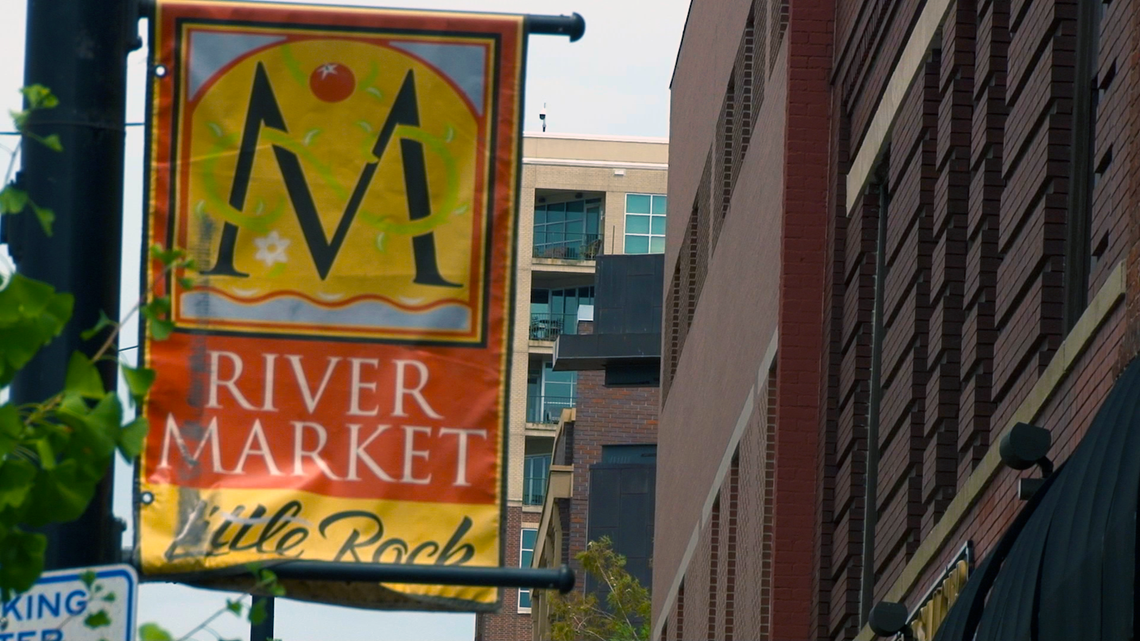 LITTLE ROCK, Ark. — On August 23, Little Rock’s River Market will officially become an entertainment district. That means you’ll be able to take alcohol from restaurants and bars outside on a stretch of President Clinton Avenue.

“Things are changing in the River Market, and we are very excited about that – about this new opportunity,” said Diana Long, Director of River Market Operations for the Little Rock Convention & Visitors Bureau (CVB).

The Little Rock City Board passed an ordinance on July 23 to allow the creation of the district in 30 days. Since then, the CVB, Downtown Little Rock Partnership, River Market Neighborhood Association and other stakeholders have been working with merchants to prepare for the August 23 launch.

The entertainment district runs the length of President Clinton Avenue from the Interstate 30 Bridge to Cumberland Street. St. Vincent’s Plaza, and both pavilions behind River Market Hall will also be included. Establishments that are licensed to serve alcohol within the zone have the option to participate.

“If someone comes in and has service in your place then they want to go somewhere else they can get a to-go cup and take that with them — with their beer, wine, or mixed drink into this area of the district,” Long said.

That reusable plastic cup will be standard among all participating businesses and cost the customer $1. Only alcohol in those containers can be consumed on the street. Anyone taking a drink to-go will also be issued a wristband they must wear to indicate they are 21 or older.

Though some have speculated this change could transform the River Market into Bourbon or Beale Street, Long says that is not the intent.

“You can have the ability to drink between places and it not be just a party zone all the time,” Long said. “We expect this to be another feature of the River Market but not just the focus of it.”

The CVB is working to finalize a list of businesses that will participate in the entertainment district. That list and additional information will be posted at https://www.littlerock.com/