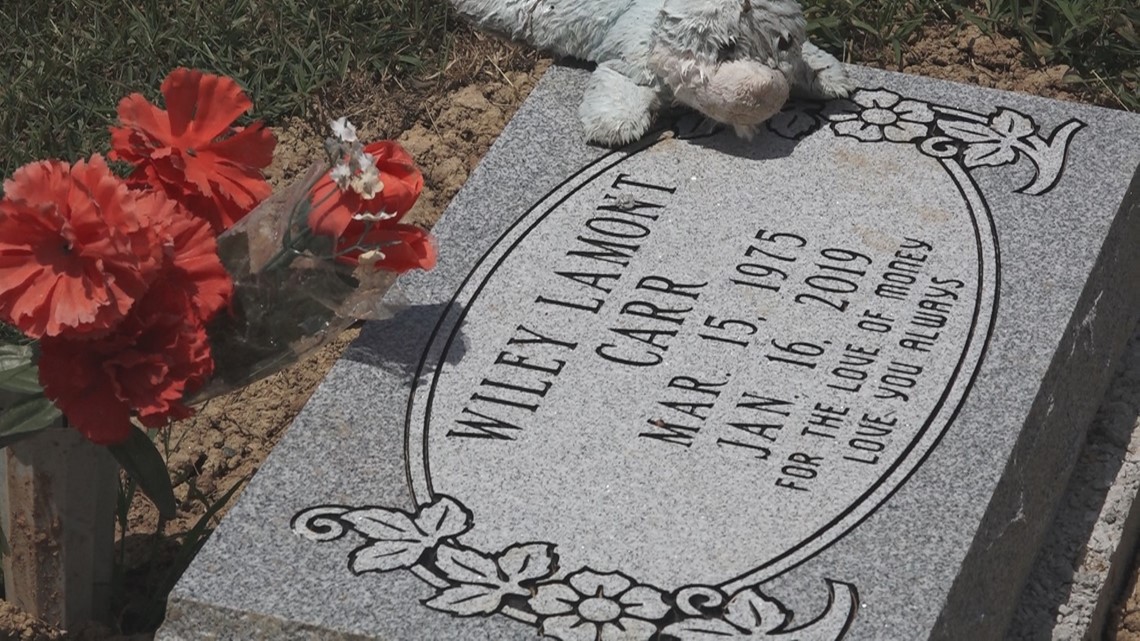 A Little Rock family is on the verge of hopelessness while their loved one’s homicide remains unsolved six months later.

Since then, no one has come forward to give police information, there are no suspects, and no motive.

The unsolved murder has left Carr’s family with more pain and without closure.

“When you shoot somebody, they don’t wake up and come back. It’s over,” said Vicki Ashford, Carr’s sister.

Carr’s family heads to his gravesite every day hoping they can tell him justice is served.

“This is how I have to communicate with him, to have a conversation,” said Natalia Kilgore, Carr’s fiancé.

He was a father, grandfather, brother, and son.

Kilgore was one of the last people to speak with him before he died.

“I miss him,” said Kilgore. “He was everything to me.”

She hasn’t had a solid night’s sleep since Carr was murdered. And without any answers, the wounds won’t heal.

“Nobody knows anything,” she said.

Little Rock police said the investigation has been slow when it comes down to information to follow up on.

“We need more leads to come in and the community to help us solve this case,” said Eric Barnes, Little Rock Police Department public information officer.

It’s been six months since the family lost their loved one. They said they don’t want to go another six months without closure.

“You leave everybody else to have to pick up the pieces and we are the ones here hurting,” said Ashford.

Carr’s family and police have a feeling someone knows something about his murder, and hopes someone will turn the shooter in.

“No matter how small you think it is, we need that information,” said Barnes.

The family said they can’t understand why anyone would take Carr’s life.

He was a family man, loved dearly, and would’ve given anyone the shirt off of his back.

“What if it was your father, your son?” said Kilgore. “What if they were your people? How would you feel? Because that’s how we feel.”

There have been 25 homicides in Little Rock this year, four of them are unsolved.

If you have any information about an unsolved case, you can contact LRPD anonymously with information.

You can get a reward up to $10,000 leading to the arrest and conviction of the person involved in Carr’s homicide.