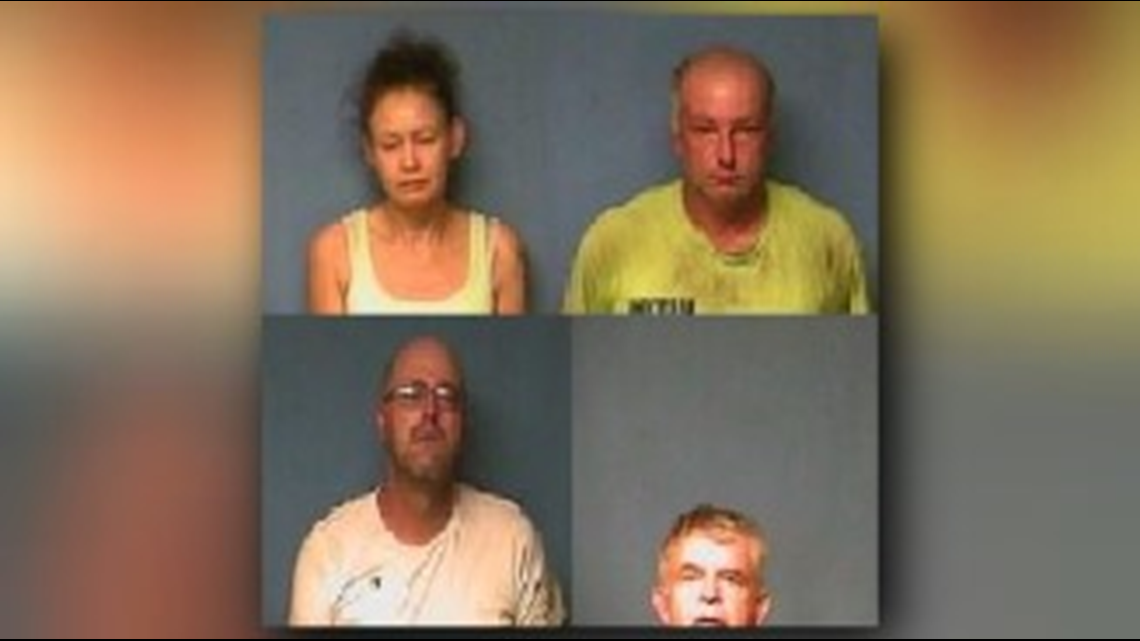 LONOKE COUNTY, Arkansas — According to the Lonoke County Sheriff’s Department spokesperson Capt. David Bufford, they are currently investigating a homicide.

Four suspects have been arrested for capital murder, abuse of a corpse and tampering with physical evidence.

According to the Lonoke County Jail inmate roster, those four suspects arrested were Christy Lea Dennis, 41, Robert Garner, 64, Robert Clark Lloyd Clark, 44,  and Timmy Joe Hubmann, 41. They were arrested and booked between 2-2:30 a.m. on Thursday, Aug. 22.

Bufford said agencies are currently investigating. No other information can be released at this time.

Watch the story below: