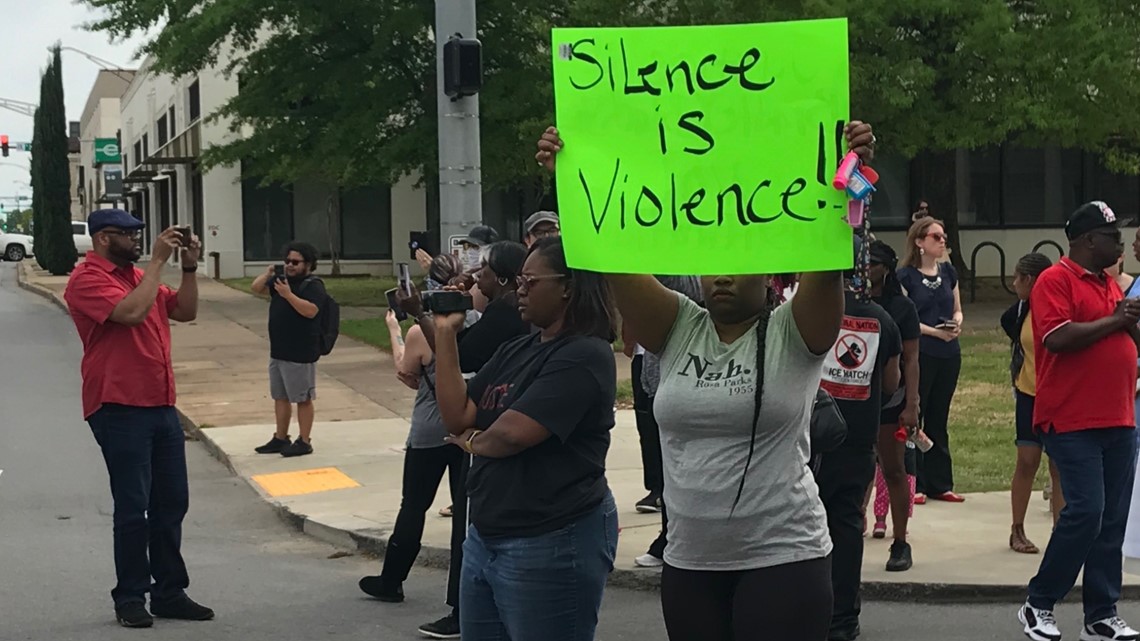 LITTLE ROCK, Ark. — According to the coordinator of the protest, the group is protesting the death of Bradley Blackshire, to seek the creation of a Citizens Review Board, to require the use of body cameras by all Little Rock police, and to prosecute Charles Starks, the officer who fatally shot Blackshire in February.

The protest was scheduled to begin around 4 p.m. today at the intersection of Broadway and Markham.

The protest caused the temporary closing of the intersection of Broadway and Markham and the Broadway Bridge, which has now since opened.

A man in the group expressed his frustration with officer Charles Stark’s current status as receiving a salary while still on administrative leave and the amount of time it has taken to come to a conclusion of the officer-involved shooting case that remains open.

“In my experience … this is never easy because this does take time,” Chief Humphrey told the crowd demanding answers.

“I can’t speak on behalf of the prosecuting attorney. I do have a meeting with him tomorrow. I can’t promise y’all anything because I don’t have control over that part of it.”

The man who identified himself as Blackshire’s uncle responded to the chief. “While he is sitting back on his butt applying for jobs at other departments, getting paid a salary, Bradley is still in the grave.”

On his second day as Little Rock Police Chief, Keith Humphrey made it clear to the emotional crowd that he understood their frustration, but that he has to follow the process of the investigation.