We are starting ou...
Read more 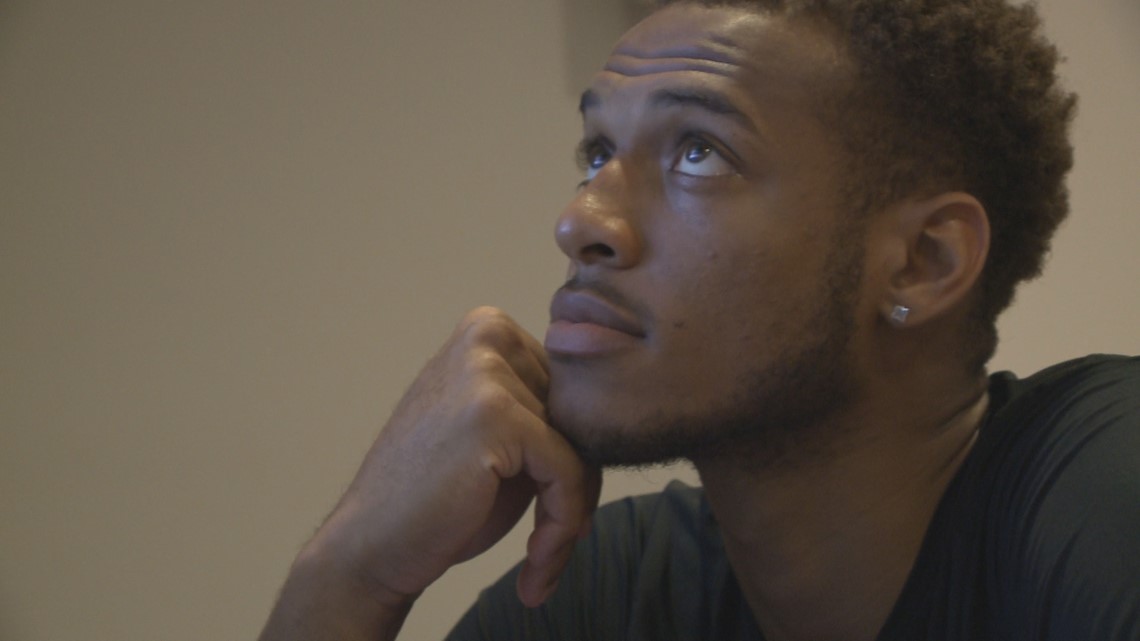 MIAMI — As sun-soaked days drift away on Miami Beach, Daniel Gafford continues to work towards the NBA Draft.

There are no short days for Gafford here. There are workouts to do, yoga to practice, drills to master, film to study, basketball to play.

And that’s just on Mondays.

The dream of playing in the NBA is free. The grind, well, that comes at a cost.

“Having to go day in, day out, every day, six days a week, and only have one off day? That’s tough of some people’s mental process,” said Gafford.

Hard work is the price of a professional basketball career. A price Daniel Gafford is more than willing to pay.

For NBA scouts, it’s no secret where Gafford’s strength’s lie. They call him a rim-runner.

“A rim-runner, running the floor end-to-end,” said Gafford, when asked what he considered to be a rim-runner. “First playing defense, and getting back on offense to either score or help your team score.”

It’s the type of player that Gafford wants to be.

“I want to be defense first and offense last,” he said. “That’s how I’ve been playing my entire life.”

The question that remains, however, is can he shoot?

“With my jump shot, I’ve wanted that to be at it’s peak for the longest time,” said Gafford. “Working with these guys (at Elite Skills Training), they put me with guys that has actually help me perfect my shot and get better at it.”

The jump shot isn’t a skill that Gafford showcased during his time in Fayetteville, although it’s one he’s eager to prove he possesses.

“It had something to do with basically confidence,” Gafford said. “At times, I could’ve took a wide open jump shot but the confidence wasn’t there. I thought I was going to miss and they were going to score off a fast break.”

The style of play in today’s NBA favors big men and stretch fives. Guys that can post up in the lane and step outside to hit a three. As part of his training regimen with Elite Skills Training, Gafford studies the type of player he could become.

“I like Blake Griffin’s game a lot because he’s developed from being a back to the basketball player, to an all-around player,” he said. “You know, he can handle the ball now, he can shoot, he can basically do it all now.”

His sophomore season saw Gafford slide down the projected draft board, despite improving his production in all the major statistical categories and earning All-SEC honors.

“My numbers did most of the talking for me when it came to dealing with the fact that I was somewhat dropping in the draft,” he said. “I feel like I’m one of the best bigs in the draft, to be honest.”

He’s confident that by the time the NBA draft rolls around in June, his stock will be trending the right direction.

“I did whatever it took for my team to win, I really didn’t worry about self at all,” Gafford said. “That’s my take on that. I’m pretty sure my draft is going to go up sooner or later, but until then, we just got to keep working.”