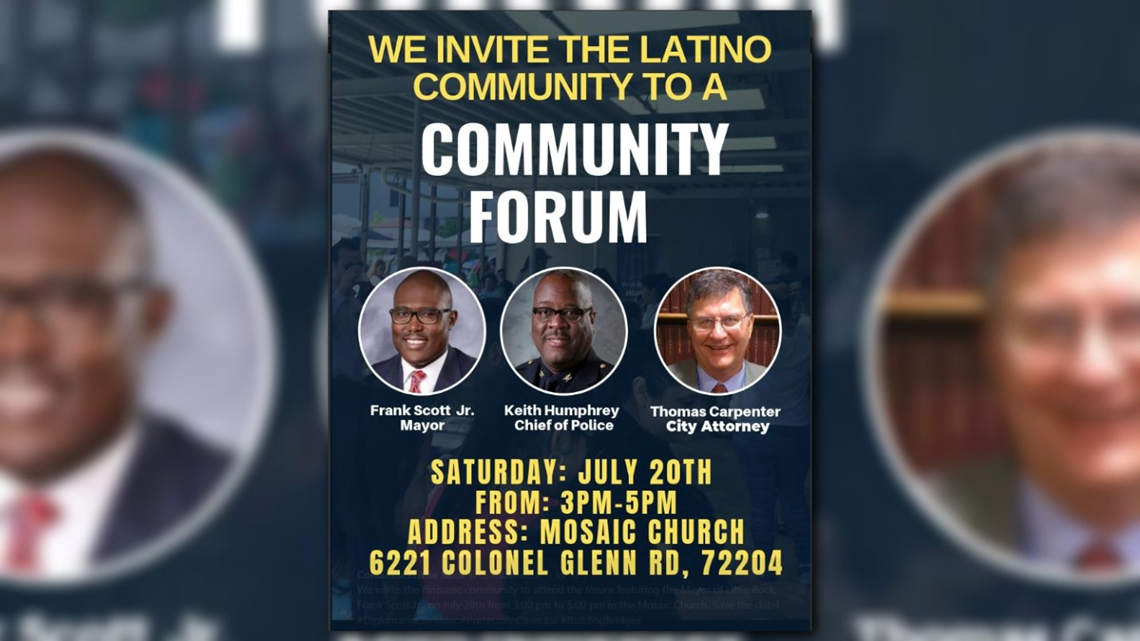 Rodolfo Quilantan with the Consulate of Mexico in Little Rock said those raids are causing panic among immigrants.

Quilantan said that’s why this meeting is so important.

“It would be very important for everyone to have this meeting because we want to share with all of them that all residents in Little Rock are treated with dignity and respect, regardless of the immigration status,” Quilantan said.

It’s a message of inclusion that Lieutenant Michael Ford said is very important to the Little Rock Police Department.

“We are here for them. We are here to protect and serve them; to be guardians for them,” Lt. Ford said.

“That’s not what we’re here for. We’re going to conduct a traffic stop like we would with any other citizen,” Lt. Ford said. “Ask for license, registration, insurance, as long as you have that important information and we can identify you, you’ll be fine.”