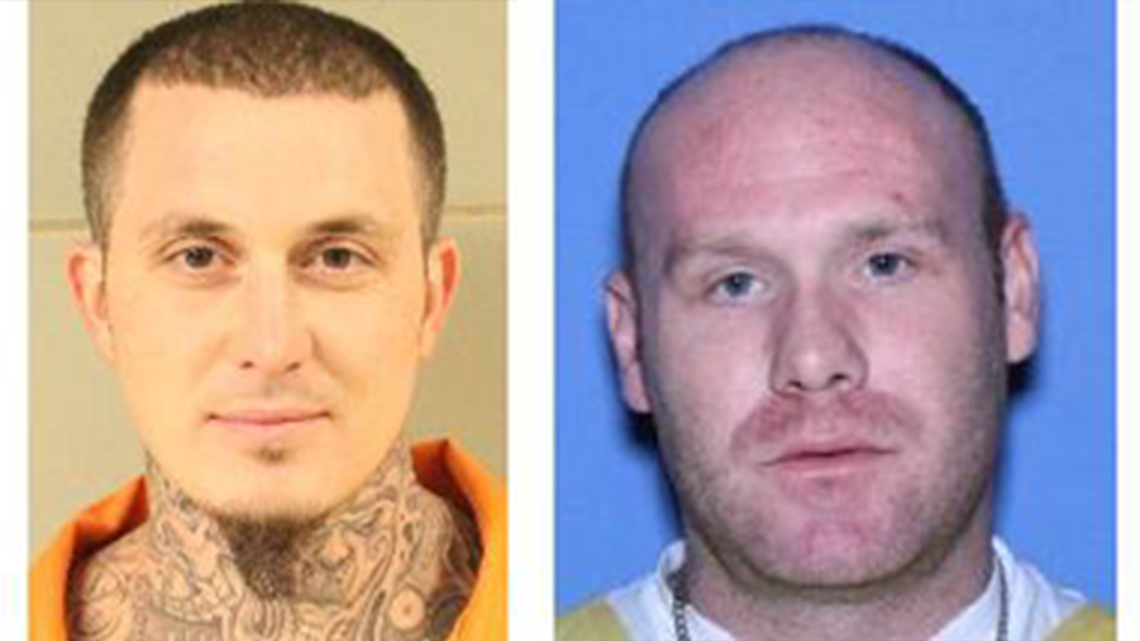 UPDATE: The Newton County Sheriff’s office has since posted saying that that there is no information to indicate that the two escapees would be in the Jasper area.

The post says that US Marshals have reason to believe that the inmates have been dropped off in another area.

We are working to get more information.

ORIGINAL: According to the Searcy County Sheriff’s Department, the federal escapees from the Jefferson County Jail may be in the Jasper area.

Wesley Gullett, 30, and Christopher Sanderson, 34, escaped from the Jefferson County Detention Center. According to the Jefferson County Sheriff, the inmates could have escaped between 12 a.m. Monday and 1:15 a.m. Wednesday morning. The U.S. Marshals Service was notified at 4:30 a.m. and joined the search.

Officials say the search has extended into Searcy County.

If you see these subjects please contact the sheriffs department immediately. Police advise the public to not make contact with the subjects because they are considered armed and dangerous.

The U.S. Marshals are offering rewards of $10,000 and $5,000 for information leading to the apprehension of the two escapees.

RELATED: U.S. Marshals offering up to $15,000 in rewards for Jefferson County jail escapees