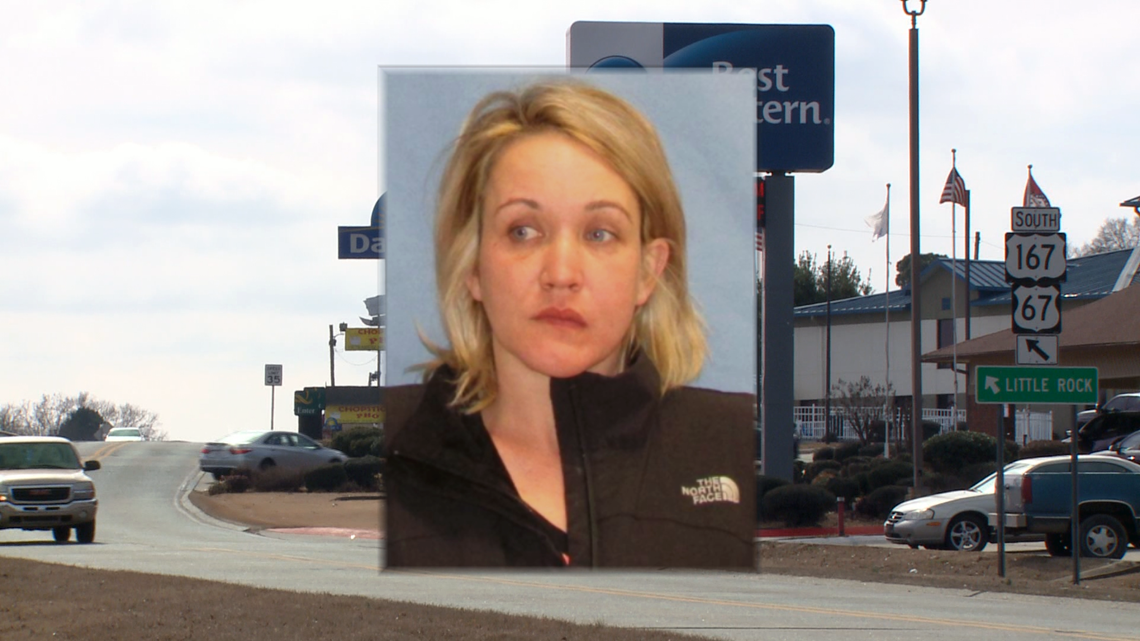 PULASKI COUNTY, ARKANSAS, Ark. — A Pulaski County judge awarded $900,000 to a Little Rock man injured by a five-time D.U.I. offender who ran him over in February 2018.

Jaylin Anderson sued Sharon Shinn for damages as he recovers from the hit-and-run that left him with a concussion, back injuries and left him unable to work as an electrician.

“I’m just trying to learn to live again and I get angry sometimes,” said Anderson before the hearing began before Judge Alice Gray. “It’s frustrating having to start over again.”

Anderson testified that he continues to have pain in his back and headaches after the crash. Shinn drove her white Nissan into Anderson as he went for a jog along the service road near US 67/167.

Witnesses claimed she hit Anderson “like a speed bump.” Police tracked her down at a nearby hotel where she was staying. She had a fast food cup partly filled with vodka and refused to take a sobriety test.

Just two weeks earlier Shinn had been arrested in Cabot on another DUI charge. Both arrests led to negotiated guilty pleas with a six-year prison sentence that was transferred to Arkansas’ probation system. In all, she spent less than a year behind bars.

Anderson hoped to get compensation for all of the trouble Shinn caused him, including causing a deep depression that he says led his fiancée to end their relationship after more than 10 years. His personal injury lawyers think it can serve a higher purpose.

“It sends a message and that’s our whole point here,” Moore said. “Punitive damages are in a sense exemplary damages. It makes an example out of somebody that is continuously taking part in this kind of unlawful activity.”

Moore and Anderson know there is very little chance he ever sees the full amount from Shinn, but he met with the local head of Mothers Against Drunk Driving and plans to join her in sharing his story at victim impact meetings put on by the organization.