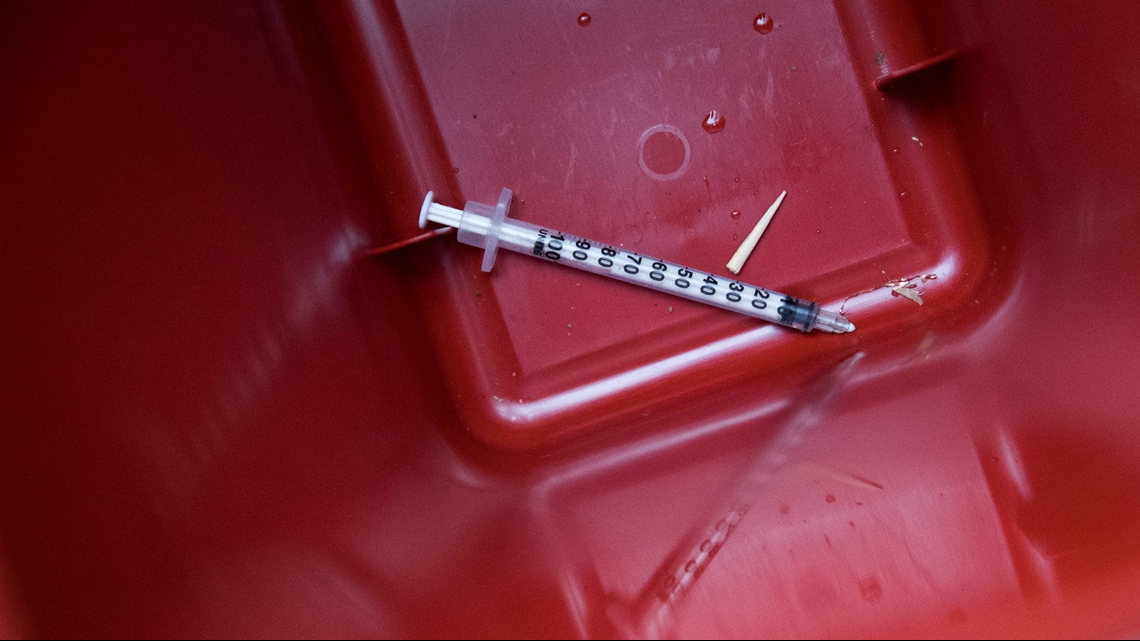 LITTLE ROCK, Ark — As the addiction crisis in our country continues to claim more lives, new ideas and concepts are popping up on how to tackle the growing problem.

A non-profit in central Arkansas is doing its part, but it has a bigger plan in mind, an approach that is already causing controversy around the country.

“When we started it, it was just like super small. It was me and I had some naloxone and I was like ‘hey if you need naloxone just like text my personal number,’” said Clay Kasper, founder of Central Arkansas Harm Reduction Project.

What began as a small idea in early 2018, has turned into a big mission for Clay Kasper. Her non-profit, Central Arkansas Harm Reduction Project, serves the community by providing people with items like condoms, fentanyl testing strips and the overdose reversing drug, Naloxone.

“We are basically doing whatever we can to take small material steps to help people who are suffering,” Kasper said.

One year later, her mission is expanding. She’s begun researching the idea of bringing safe injection sites to Arkansas, a place where people can use illegal drugs with trained staff present, ready to respond in case of an overdose, as well as get their hands on recovery resources.

“The alternative is people using in their homes by themselves where you could overdose and not have someone there to save your life and not being able to call 911 because you are unconscious. Or kids using drugs outside together and leaving dirty needles on the street outside. Those are not better options,” Kasper said.

As drug-related deaths rise to record numbers, at least a dozen U.S. cities, including New York City and San Francisco, are considering opening supervised injection sites. However, according to Arkansas State Drug Director Kirk Lane, the idea of one coming to Arkansas is still a long ways away.

“Probably not likely in the near future,” said State Drug Director Kirk Lane.

Director Lane said he’s familiar with the idea of safe injection sites after visiting one in Vancouver, Canada, one of 100 cities around the world with a safe injection site. However he said Arkansas still has a ways to go before one comes here.

“We would have to change some state laws involving drug paraphernalia and things like that to do that to make it achievable. We would have to look at manpower (as well),” Lane said.

Lane said our state needs to work on education and ending the stigma of addiction before taking steps to getting a safe injection site.

“The beauty of it is that we can see how other states deal with those issues and learn things to make our state exceed or excel, based on the trial and error of other states,” Lane said.

Kasper said while she is has not taken any legal steps to get a safe injection site in Arkansas, she is continuing to raise awareness about them, hoping to get more people to accept the idea.

“There has never been a death from an overdose in a safe injection site and I think that’s really incredible. That alone should be enough for us to want this resource to be available to everyone,” Kasper said.

According to CBS, Philadelphia is moving to become one of the first cities in the nation to allow safe injection sites.

However, Kasper said she is also hoping to begin safe needle distribution in the state in order to combat the rise of HIV from using dirty needles. Lane said that too will take some time and effort and changes to state law to become a reality.

The best way to support the project is to donate to the project’s GoFundMe campaign, or to reach out to Kasper directly. All funds will be used to continue purchasing naloxone, fentanyl test strips and condoms to distribute for free.