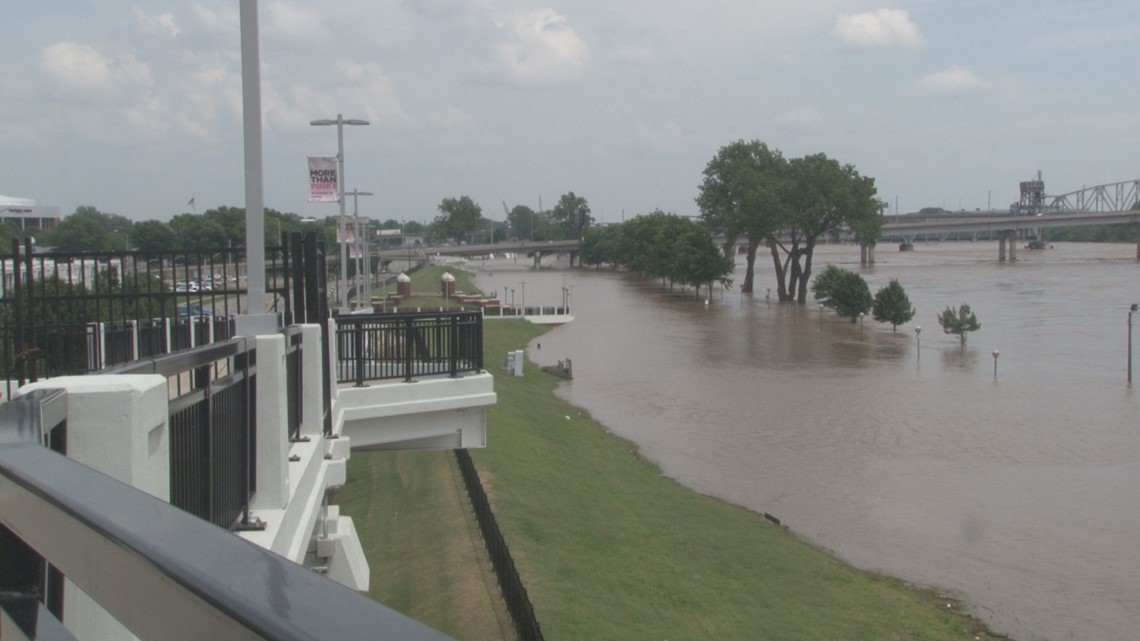 The Arkansas River is cresting, meaning this epic flood has reached its midpoint in central Arkansas. But, that does not mean everything will quickly improve.

“It feels like we’ve been going through this for a very long time,” Jay Townsend, a spokesman for the U.S. Army Corps of Engineers, said Tuesday. “People might get complacent and try to get out and see it or get closer to it. We just want to really urge caution, that these are still historic flows, and in many areas, higher than they’ve ever been.”

Townsend said the Corps of Engineers did a great job preparing for this flood, given that the Arkansas River Navigation System is not designed for flood control.

“We’re really focusing on our levees along the navigation channel,” he stated. “The levee systems were—they’re about 50-60 years old now and weren’t designed for this much water on them for this amount of time.

“It’s moving slowly, but we’ve been able to get our structures out of the water and let as much of it pass as fast as we possibly can,” he said.

A couple of levees broke–such as one at Holla Bend, near Dardanelle–but most have held. Townsend warned, though, that people living near Pine Bluff and to its east have not seen the river’s peak yet.

“This is a flood like we haven’t experienced,” he said, “and the levees are being tested like they haven’t been tested before, so they’re going to have a lot of water on them for a long amount of time. And, if there was a situation where an evacuation was ordered, if you have a plan and you’ve practiced, and you rehearsed it, you’re going to be able to get our quicker.”

The importance of a plan was evident in East Little Rock, as the Little Rock Police Department set up a checkpoint on Richland Drive Tuesday afternoon because of the amount of water on roads in the area.

One man who lived nearby said water started coming out of the drains on Saturday, and by Tuesday it was a couple feet deep in places. He said he managed to get all his possessions out of his house except his rain boots, so he asked for a ride through the flooding from a neighbor with a pickup truck.

When the Arkansas River does start to recede, it will not necessarily slow down, Townsend explained, so it will remain dangerous for well into the summer. Only after the river’s depth and speed return to normal can many of the repairs begin.

“And then we can get our parks and recreation areas serviceable again,” Townsend said. “Maybe by the fall. There is a long recovery process when something’s had this much water on it for this amount of time.”

The long recovery process could mean visitors will see barricades and caution tape along the Arkansas River Trail well after the river drops.

“People really need to understand that the most imminent danger may not be one you can see right in front of you,” Townsend stated. “It could be concrete that’s ready to slide away, or an embankment or something that’s ready to fall off. So, please use caution whenever you’re around those areas.”

Townsend said it could be a few months before barge traffic resumes, as well. He mentioned that the river has to fall and slow down and locks have to be inspected to make sure ships can pass safely.