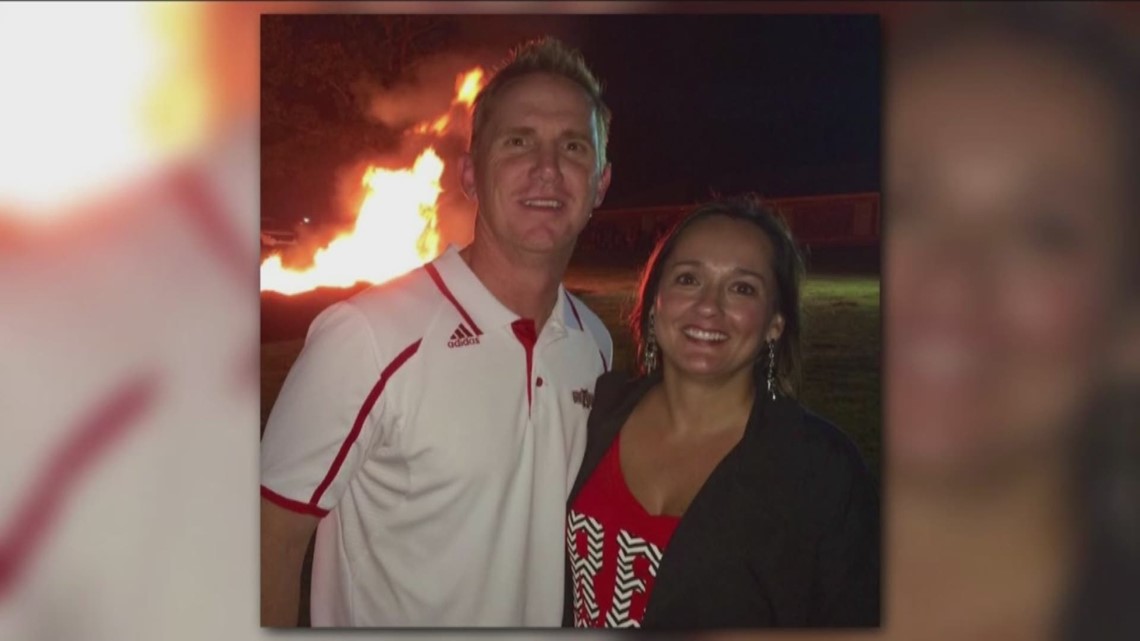 JONESBORO, Ark. — It is with a heavy heart and much sadness that we report Wendy, the wife of Arkansas State head football coach Blake Anderson, has died after her long cancer fight.

These stories are always extremely hard to share. But we must report that Wendy Anderson lost her battle with cancer on Monday, Aug. 19, 2019 just before midnight.

She was diagnosed last year with Stage 4 – Triple Negative Breast cancer. In December 2018, Coach Anderson said on Twitter that the cancer had “metastasized in the lymph nodes, liver, and most significantly in the lungs.”

She was rushed to the emergency room on Jan. 21, 2019 with severe head pain and nausea. After tests and scans, Wendy was admitted to the intensive care unit. She had surgery on Jan. 24 to remove some of the pressure from the tumors. Two of the five tumors were removed. Then, she headed home just a few days later to recover.

It wasn’t much later the Anderson’s learned that immunotherapy wasn’t working. That’s when Wendy started a six-week cycle of chemotherapy along with radiation. And it seemed to be working.

In June, the Anderson family shared the news that Wendy’s tumors were shrinking.

We spoke with Coach Anderson at Sun Belt Media Days at the end of July where he shared how grateful he was for all the support and prayers from across the state and country for his beloved wife.

“Unfortunately, we were hoping that we’d be sitting here telling everyone ‘she was completely well. And, that we had beat cancer. And thanks for everything,’ but, it just hasn’t been that kind of ride,” said Coach Anderson. “We find ourselves in a spot where she needs prayer more now than she ever has.”

He told us the last couple of months have been tough. But didn’t go into much detail. All he could say was, “Don’t stop praying.” He said she was a fighter and never stopped fighting. “Trusting that God’s in control and we’ve got a ton of people that are praying and lifting her up every day.”

Our hearts and prayers continue to be with the Anderson family during this time. Ms. Wendy’s strength is inspiring to all who knew her.

The entire Red Wolves nation is behind you, Coach.