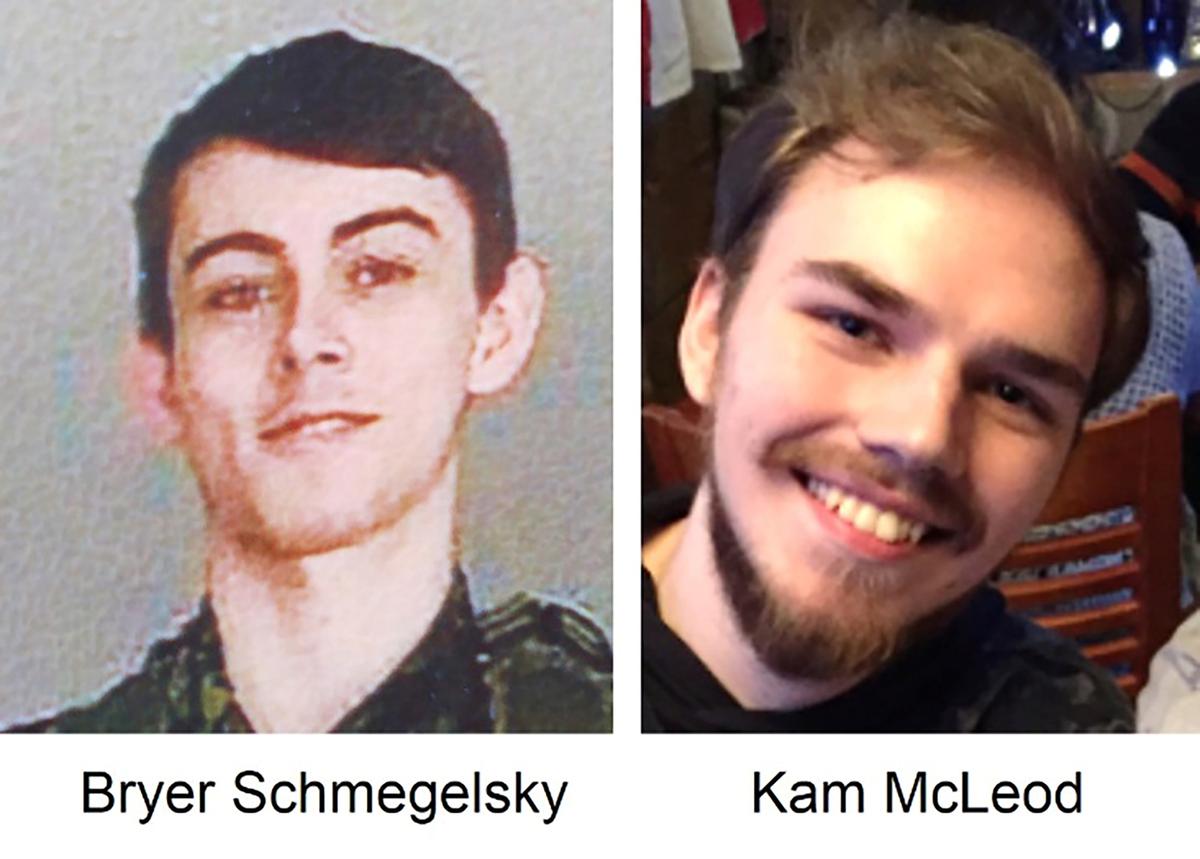 (Reuters) – The two teenage boys who were first categorized as missing in northern Canada are now suspects in the murder of an Australian tourist and his American girlfriend, as well as an unidentified man whose body was found near the boys’ abandoned flaming car, police said on Tuesday.

Lucas Fowler, 23, an Australian citizen, and Chynna Deese, 24, from Charlotte, North Carolina, were found dead from gunfire on July 15 on a highway in northern British Columbia, 20 km (12 miles) from Liard Hot Springs.

Kam McLeod, 19, and Bryer Schmegelsky, 18, have been missing since July 19. Their car was found in flames about 500 km (310 miles) away from where Fowler and Deese were found dead, near Dease Lake, British Columbia.

The body of a man the Royal Canadian Mounted Police (RCMP) are still trying to identify was found 2 km (1.24 miles) from the boys’ car. It was not immediately clear to police whether the body was connected to the car and the missing boys, but the RCMP said they are now considering McLeod and Schmegelsky as suspects in the man’s murder.

The RCMP are warning the public not to approach the teens if seen, and to instead call 911.

Police cited the vastness of the area in question, as well as the remoteness, as factors complicating the investigation.

It is unknown if McLeod and Schmegelsky are armed, or what their motives may be.

Reporting by Moira Warburton in Toronto; Editing by Lisa Shumaker