Mother admits to being high with three kids in car 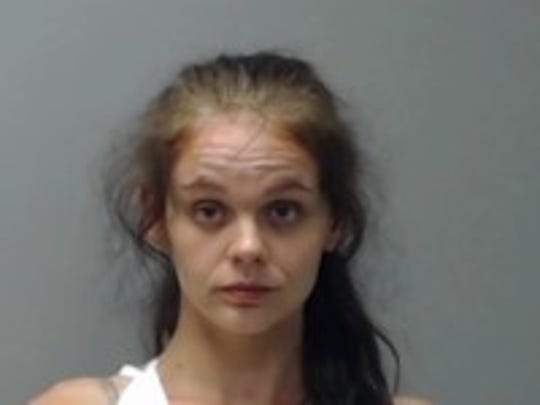 A 20-year-old Mountain Home woman was sentenced to six years of probation after entering guilty pleas to three felony counts first-degree endangering the welfare of a minor, possession of drug paraphernalia and possession of marijuana.

Had she been found guilty during a trial, Margaret Drzka had faced a maximum of 18 years in prison before accepting a plea bargain Tuesday during a session of Baxter County Circuit.

On March 13, Mountain Home police officer James Tilley came into contact with Drzka after 911 took a report of a woman who appeared to be asleep behind the wheel of a car with a small child standing inside.

In an affidavit, Tilley said upon arriving, he found Drzka’s car partially in a roadway with the vehicle running and the transmission in park. Tilley found Drzka asleep at the wheel of the car with three small children inside, ages one, two and three.

As medical personnel checked out Drzka, the officer turned his attention to the children. The one standing had a diaper that was full to the point it was almost falling off, according to the affidavit. Tilley also noted the child appeared not to have been bathed recently.

The other two children and their diapers were in a similar condition. When personnel from the Department of Human Services bathed the children, they discovered rashes indicating the children likely had been in the car seats for some time.

When questioned, Drzka said she had been awake for a day and a half, driving around with the children in the car. Drzka admitted to smoking a form of marijuana while the kids were in the car during the overnight hours.

When officers searched Drzka’s car they discovered 7.3 grams of marijuana, five glass smoking devices, two marijuana grinders, numerous other smoking accessories and a container weighing 22.7 grams with Dab in it. Dab is a concentrated form of THC, the active ingredient in marijuana.