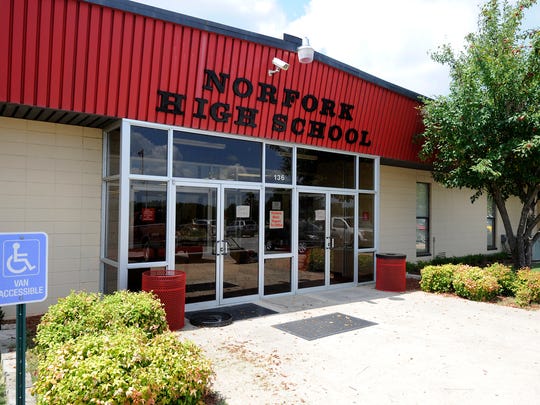 A four-day school week may be the future of Norfork Schools, according to Superintendent Chip Layne.

The Norfork school board has been researching the idea and is expected to formally vote on adopting a four-day schedule beginning with the 2020-21 school year at a meeting scheduled for Wednesday, Oct. 16.

In order to comply with the Arkansas State Board of Education’s requirement of 178 days of 6-hour instruction, the tentative four-day schedule prepared by Layne has students in the classroom Monday through Thursday beginning at 7:50 a.m. and ending at 4:10 pm. The current five-day schedule is 7:50 a.m. to 3:15 p.m.

If adopted, Norfork will become the second district in Arkansas to go to the four-day week. Kirby, in Pike County, which began the shorter schedule this current school year, is the first.

A primary reason schools go to the shorter week is to save money. Average annual savings can range from 0.4 percent to 2.5 percent with the maximum possible at 5.43 percent, according to government research. Layne expects a savings of $75,000 to $80,000 per year to Norfork’s budget, with most savings coming from transportation, substitute teachers expense, utilities and food costs.

Finances aren’t the only reason Norfork is considering the four-day week.

“We want to be innovative and on the forefront. We require a lot of our students and teachers to keep up performance and test scores,” Layne said. “Research shows it can be continued by increasing student and teacher motivation, decreasing absenteeism and giving teachers another day for preparation.”

Schools who have adopted the shorter week, including Kirby, have also seen an increase in enrollment and teacher retention.

“Norfork offers a top-notch education,” Layne said. “We want to make Norfork even more attractive to students and their parents; retain our teachers and attract high-quality teachers when a position opens.”

The closest school district to Norfork with a four-day school week is Bakersfield, Mo., where classes are held Tuesday through Friday. Superintendent Amy Britt is enthusiastic about the shorter school week, now in its second year.

“It is great,” she said. “After the first year, we saw a 65 percent decrease in substitute teacher costs, learning improved and student attendance has increased.”

“We have received 100 percent support from our teachers,” said Britt.

Although Bakersfield has little teacher turnover, she said one of the reasons for adopting the shorter week was to attract teachers.

For Britt, Monday is a workday as the Central and Superintendent’s offices are open. Custodians and the information technology staff also work Mondays.

To minimize disruptions to the school day, there are fewer assemblies and other events that may take students from the classroom, said Britt. As a result, students and teachers are more focused and there has been a 35 percent reduction in student discipline referrals.

“This (a four-day school week) is perfect for a community like Bakersfield,” Britt said. “We have a wonderful community and staff. We couldn’t do this without their support.”

The shorter school week is not without its detractors. Critics say low-income families and families with working parents will be hurt. Parents may have difficulty finding and affording childcare for the day their child is not at school. Students who depend on school breakfasts and lunches risk not getting sufficient meals on the day they are not at school.

At Bakersfield, Britt says they have experienced some daycare issues, but most parents are supportive of the shorter school week. For children facing food insecurity, they have increased the food in the weekend meals backpack program.

The Bakersfield school district received a grant that enables them to serve free supper to students Monday through Friday during the school year. Though school is not in session on Monday, the free evening meal is served, according to Britt.

The four-day schedule is expected to be adopted by the school board at the Oct. 16 meeting, according to Layne. When approved, he will present the proposed schedule and calendar to parents and teachers for their input, with finalization in the spring.

“We need to get a commitment now to plan and do this right,” Layne said.