WASHINGTON (Reuters) – U.S. public health officials said they have identified four “presumptive” coronavirus cases believed to have emerged from community transmission of the infection, signaling a turning point in efforts to contain the disease in the United States.

The U.S. Centers for Disease Control and Prevention (CDC) issued a statement on Friday citing three such cases newly diagnosed by state public health authorities – one each in California, Oregon and Washington state.

If confirmed by the CDC, together with a previous case of unknown origin announced on Wednesday in California, that would bring to four the number of diagnosed individuals in the United States with no history of travel to a country where the virus is circulating and no close contact with an infected person.

The three latest patients were diagnosed based on results obtained in their respective states from CDC-supplied test kits and are considered “presumptive positive” cases pending CDC confirmatory testing, the U.S. agency said.

A fourth presumptive positive was also announced in Washington state on Friday, but that one is “likely travel-related,” the CDC said.

Still, the three latest cases of apparent community transmission, plus the one identified earlier this week in California, are a sign the virus is now spreading within at least four separate locations up and down the U.S. West Coast.

They span nearly 900 miles from California’s Silicon Valley region in Santa Clara County north to the Puget Sound near Seattle.

“What we know now is that the virus is here, present at some level, but we still don’t know to what degree,” said Dr. Sara Cody, the chief public health officer for Santa Clara County, speaking of the newly diagnosed case there, the latest of three in her county and the 10th statewide.

Even as confirmation was pending there, the CDC sent a team to assist local authorities in tracing close contacts the patient had with others in a bid to curb transmission.

Until this week, the CDC had counted 15 confirmed cases in six states as having been detected through the U.S. public health system since Jan. 21, none fatal. Most were contracted by individuals while traveling in China, where the outbreak originated. Only two person-to-person transmissions were documented among them, both between married couples.

An additional 47 cases have been confirmed among people recently repatriated from abroad, either from the Diamond Princess cruise ship quarantined in Japan or from Wuhan, China, the epicenter of the outbreak, according to the CDC.

The latest flurry of cases came as the Trump administration said the United States would invoke a federal defense law to boost production of masks, gloves, gowns and other items needed to protect medical personnel from exposure.

Around the world, more countries are reporting new infections, companies have curtailed travel and global stock markets have tumbled.

President Donald Trump said at the White House on Friday the United States will decide “very soon” about whether to bar entry to travelers from countries other than China where community transmission has emerged.

At a rally in South Carolina on Friday night, Trump defended his administration’s response to the coronavirus outbreak and accused Democrats of politicizing the disease.

“This is their new hoax,” Trump said at the event, held a day before the state’s Democratic presidential primary.

The U.S. State Department has issued travel advisories for several nations and on Friday it said Americans should reconsider travel to Italy, where nearly 900 coronavirus cases have been confirmed. A similar warning was issued earlier this week for South Korea, which has hundreds of infections.

A government task force appointed by Trump to deal with the threat will meet at the White House on Saturday morning, according to an administration official.

Latest figures from China, where the outbreak started late last year, indicated that nearly 80,000 people have been infected, with more than 2,800 deaths. The World Health Organization reported 57 deaths in 46 other countries.

Dr. Anthony Fauci, who heads the National Institute of Allergy and Infectious Diseases, said in a closed-door briefing in the U.S. House of Representatives that sustained spread of the coronavirus meant there would be many more infections in the United States, according to a source.

Fauci warned lawmakers the country lacked enough testing resources, the source said on condition of anonymity. The CDC said it has revised its criteria for who should be tested and is ramping up testing capabilities.

“Our goal is to have every state and local health department online and doing their own testing by the end of next week,” CDC official Nancy Messonier told reporters.

A vaccine may take up to 18 months to develop, health officials have said.

The United States has decided to postpone a meeting with leaders of Southeast Asian countries it had planned to host on March 14 in Las Vegas because of worries about the outbreak.

U.S. and global stocks plummeted as rattled investors braced for the prospect that a pandemic could further dent an already slowing world economy. 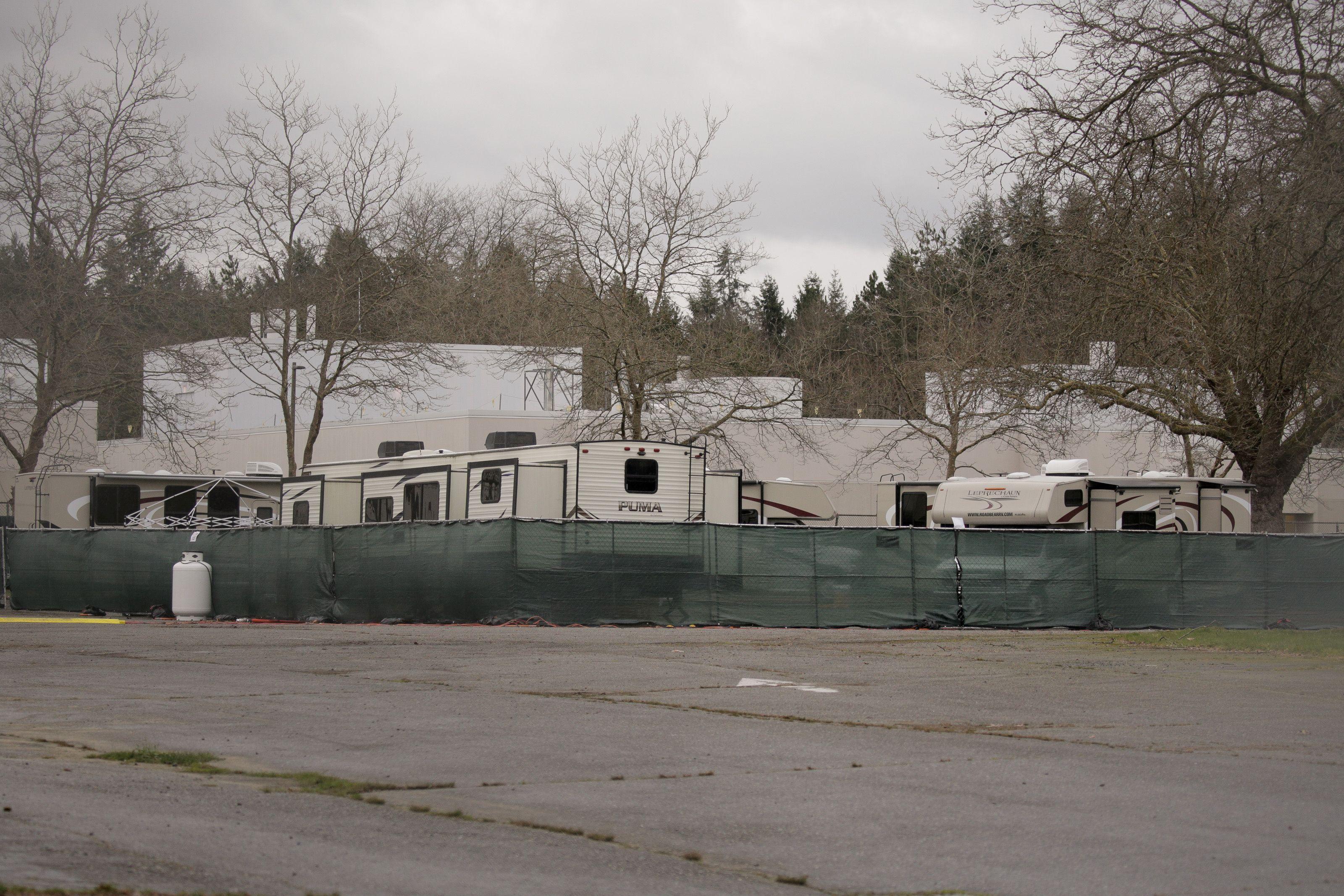 The S&P 500 .SPX fell for the seventh straight day on Friday, suffering its biggest weekly drop since the 2008 global financial crisis. Stocks cut losses right at the end of the session. The Dow Jones Industrial Average .DJI fell 1.4%.

Trump this week said the coronavirus risk to Americans remained “very low,” but he has been increasingly alarmed by the reaction of the U.S. stock market, which he considers a barometer of the economy’s health.