SUIFENHE, China (Reuters) – China’s northeastern border with Russia has become a frontline in the fight against a resurgence of the coronavirus epidemic as new daily cases rose to the highest in nearly six weeks – with more than 90% involving people coming from abroad.

Having largely stamped out domestic transmission of the disease, China has been slowly easing curbs on movement as it tries to get its economy back on track, but there are fears that a rise in imported cases could spark a second wave of COVID-19.

A total of 108 new coronavirus cases were reported in mainland China on Sunday, up from 99 a day earlier, marking the highest daily tally since March 5.

Imported cases accounted for a record 98. Half involved Chinese nationals returning from Russia’s Far Eastern Federal District, home to the city of Vladivostok, who re-entered China through border crossings in Heilongjiang province.

“Our little town here, we thought it was the safest place,” said a resident of the border city of Suifenhe, who only gave his surname as Zhu.

“Some Chinese citizens – they want to come back, but it’s not very sensible, what are you doing coming here for?”

The border is closed, except to Chinese nationals, and the land route through the city had become one of few options available for people trying to return home after Russia stopped flights to China except for those evacuating people.

Streets in Suifenhe were virtually empty on Sunday evening due to restrictions on movement and gatherings announced last week, when authorities took preventative measures similar to those imposed in Wuhan, the central Chinese city where the pandemic ripping round the world first emerged late last year.

The total number of confirmed cases in mainland China stood at 82,160 as of Sunday. At the peak of the first wave of the epidemic on Feb 12 there were over 15,000 new cases, though that was a one-off spike following the deployment of new testing methods.

Though the number of daily infections across China has dropped sharply from that peak, China has seen the daily toll creep higher after hitting a trough on March 12 because of the rise in imported cases.

People wearing face masks walk inside a subway station during morning rush hour in Beijing, as the spread of the novel coronavirus disease (COVID-19) continues in the country, China April 14, 2020. REUTERS/Tingshu Wang

Chinese cities near the Russian frontier are tightening border controls and imposing stricter quarantines in response.

Suifenhe and Harbin, the capital of Heilongjiang, are now mandating 28 days of quarantine as well as nucleic acid and antibody tests for all arrivals from abroad.

In Shanghai, authorities found that 60 people who arrived on Aeroflot flight SU208 from Moscow on April 10 have the coronavirus, Zheng Jin, a spokeswoman for the Shanghai Municipal Health Commission, told a press conference on Monday.

Pang Xinghuo, deputy director of the Center for Diseases Prevention and Control in Beijing, said the trend for local transmission of the disease in the capital was low.

“Imported cases are still the highest risk in Beijing in the second half of April,” Pang said, adding that nearly 8% of the 40,000 nucleic acid tests carried out in the city since April 1 had been conducted on people who had come from abroad.

China has cut the number of people crossing its borders by 90% and has tried to stop all non-essential journeys, said Liu Haitao, an immigration official, at a separate briefing. 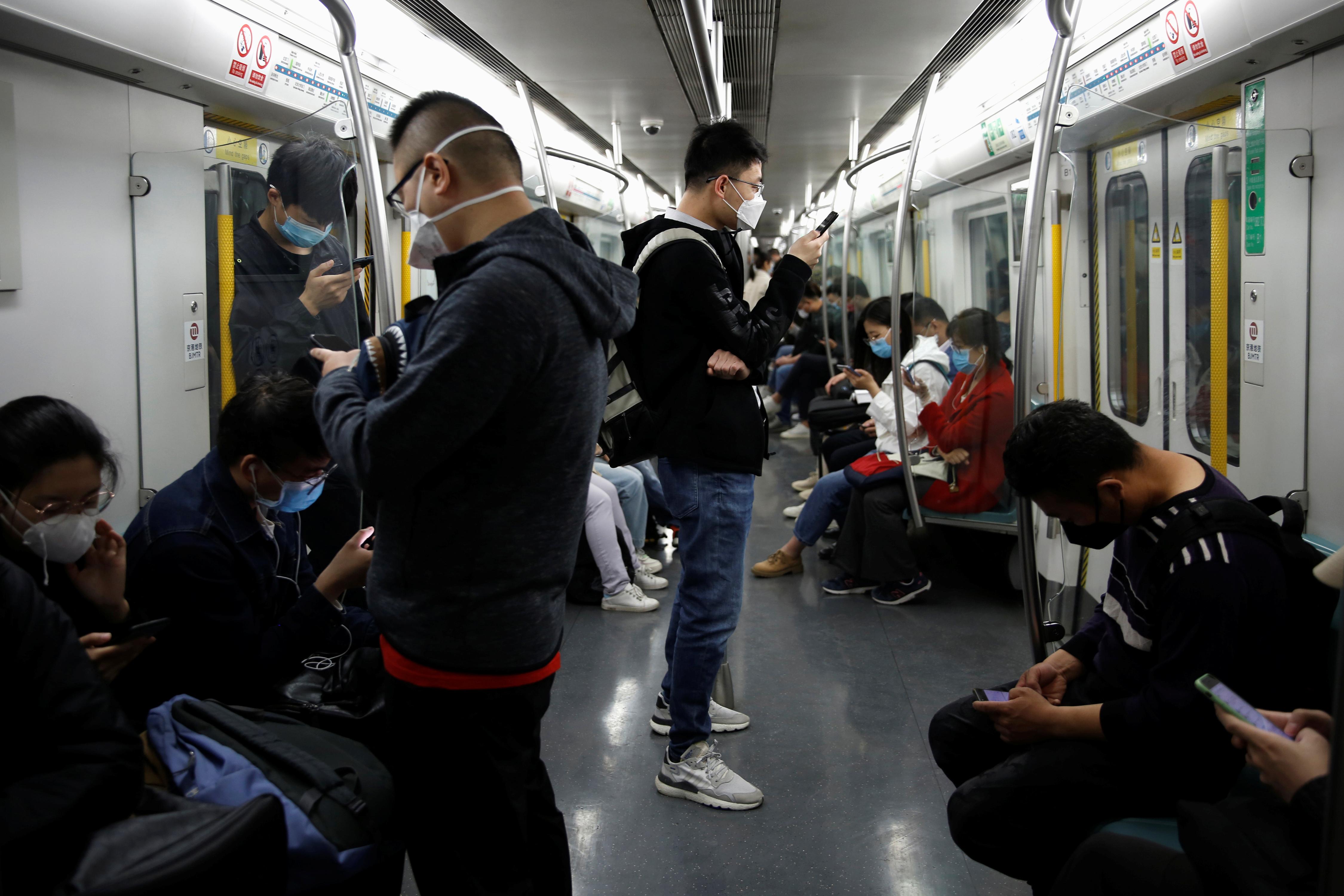 “Our border is long, and apart from the border crossings and passages, there are a large number of mountain passes, paths, ferry crossings and small roads, and the situation is very complicated,” he said.

Residents in Suifenhe said a lot of people had left the city fearing contagion, but others put their trust in authorities’ containment measures.

“I don’t need to worry,” Zhao Wei, another Suifenhe resident, told Reuters. “If there’s a local transmission, I would, but there’s not a single one. They’re all from the border, but they’ve all been sent to quarantine.”