After bitter negotiations, the deeply divided Senate came together and passed the bill by a 96-0 vote, which sent the massive stimulus package to the House of Representatives for a vote on Friday.

President Donald Trump, whose top aides helped negotiate the bipartisan measure, promised to sign it into law as soon as it reaches his desk. “I will sign it immediately,” Trump told reporters on Wednesday.

The rescue package – which would be the biggest ever passed by Congress – includes a $500 billion fund to help hard-hit industries and a comparable amount for direct payments of up to $3,000 apiece to millions of U.S. families.

The legislation will also provide $350 billion for small-business loans, $250 billion for expanded unemployment aid and at least $100 billion for hospitals and related health systems.

Senate leaders noted the historic nature of the challenge posed by the coronavirus, which the Democratic Senate Minority Leader Chuck Schumer called “a strange and evil disease.”

The package is intended to flood the economy with cash in a bid to stem the impact of an intensifying epidemic that has killed more than 900 people in the United States and infected at least 60,000.

Only two other nations, China and Italy, have more coronavirus cases and the World Health Organization has warned the United States looks set to become the epicenter of the global coronavirus pandemic.

Top aides to Trump and senior senators from both parties announced that they had agreed on the unprecedented stimulus bill in the early hours of Wednesday after five days of talks.

But it was delayed by criticism from both the right and left on Wednesday, pushing the final vote on passage almost another full day.

Several Republican senators had insisted the bill needed to be changed to ensure that laid-off workers would not be paid more in unemployment benefits than they earned on the job. However, an amendment that would have changed the unemployment provision failed just before the Senate approved the measure.

There had been criticism of the bill from the most progressive wing of the Democratic-led House. Representative Alexandria Ocasio-Cortez called it “a historic corporate giveaway” on Twitter.

However, House leaders hoped the bill would pass by voice vote on Friday, without representatives having to return to Washington. Bringing more than 400 lawmakers from as far away as Hawaii and Alaska would be difficult because a few are in self-quarantine and several states have issued stay-at-home orders.

The U.S. Capitol Building as seen ahead of a vote on the coronavirus (COVID-19) relief bill on Capitol Hill in Washington, U.S., March 25, 2020. REUTERS/Tom Brenner

House Speaker Nancy Pelosi said she hoped the bill would pass quickly, and that Congress would pass further legislation if necessary to ease the crisis going forward.

New York Governor Andrew Cuomo had criticized the bill, saying the $3.8 billion allocated to his state would not cover tax revenue it will lose from reduced economic activity. New York accounts for roughly half of all U.S. coronavirus cases.

Pelosi expressed sympathy, but wanted the rescue package to move on. “We (Congress) do have to do more, but that would be no reason to stop this step that we are taking,” she told CNN.

The stimulus package follows two others that became law earlier this month. The money at stake amounts to nearly half of the $4.7 trillion the U.S. government spends annually.

Investors were cheered by the news of the deal. On Wall Street, the benchmark S&P 500 .SPX rallied for a second straight day, closing up 1.15%.

“Our nation obviously is going through a kind of crisis that is totally unprecedented in living memory,” Republican Majority Leader Mitch McConnell said shortly before the vote on passage.

McConnell also announced that, after passing the bill, the Senate would leave Washington and be in recess at least until April 20. He said he would give senators 24 hours notice if they needed to come back to Washington for another vote before then.

Missing from Wednesday’s votes was No. 2 Senate Republican John Thune, who said in a statement he did not feel well when he woke up on Wednesday and decided to take a charter flight home to South Dakota “out of an abundance of caution.” 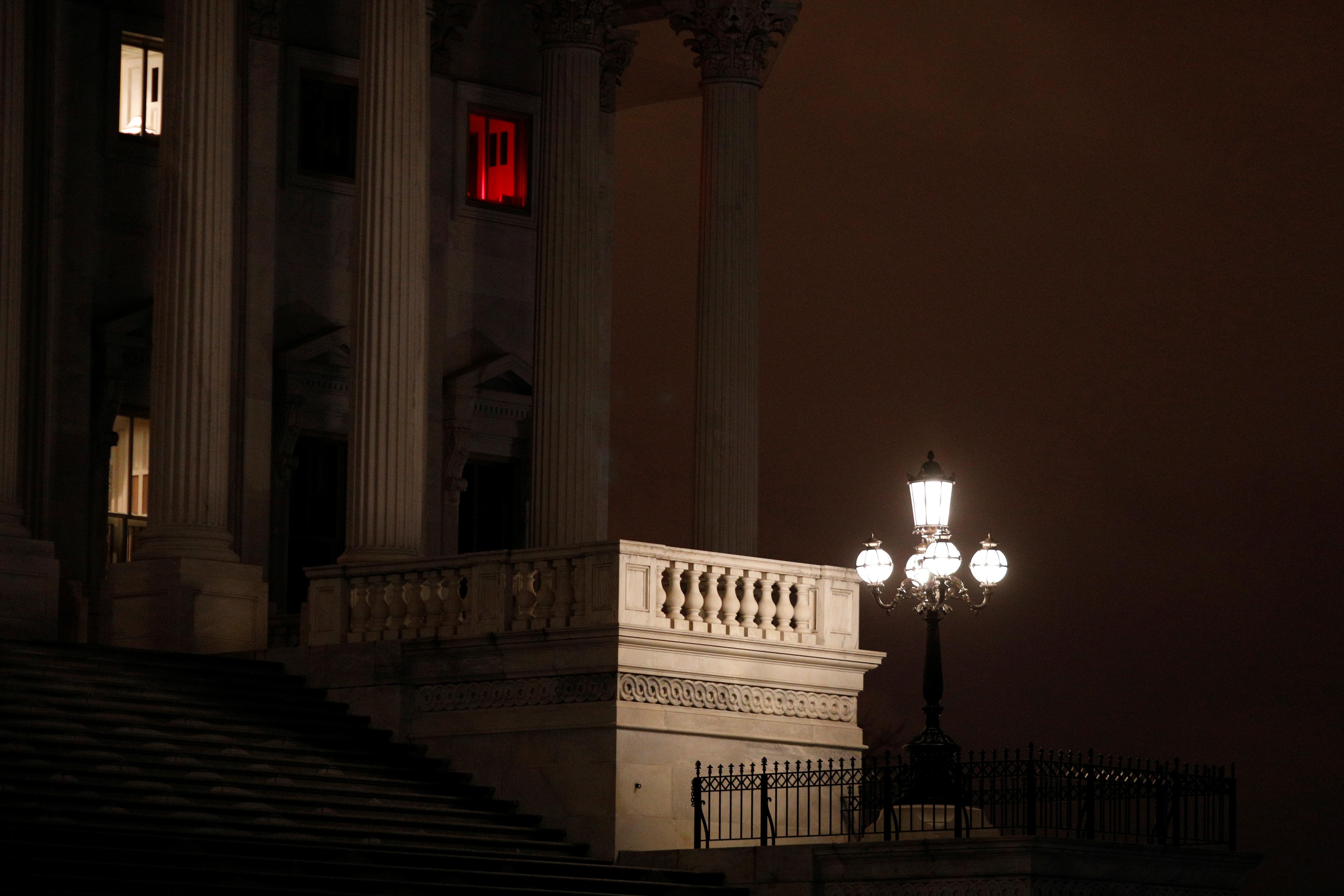 Thune did not say whether he had coronavirus symptoms, although he said he was not advised to self-quarantine.

Another Republican senator, Rand Paul, announced on Sunday he had tested positive for the illness, and a handful of others have self-quarantined after being exposed to Paul or others who have had it.