Most U.S. churches are expected to be closed on Sunday, and a broad majority of observant Americans are expected to follow authorities’ recommendations to avoid crowds to limit the spread of the potentially lethal COVID-19 respiratory disease caused by the new coronavirus.

But not all of them.

“Satan and a virus will not stop us,” said the Reverend Tony Spell, 42, pastor of the evangelical Life Tabernacle Church near Baton Rouge, Louisiana. He expects a crowd of more than 2,000 to gather in worship at his megachurch on Sunday.

“God will shield us from all harm and sickness,” Spell said in an interview. “We are not afraid. We are called by God to stand against the Antichrist creeping into America’s borders. We will spread the Gospel.”

The COVID-19 pandemic has claimed more than 14,700 lives across the United States and infected more than 431,700 people, with officials predicting the worst is yet to come.

Major U.S. religious institutions, including Roman Catholic dioceses and major Protestant denominations, will hold religious services online as well as through local broadcast radio and television, with just a handful of ministers and priests preaching sermons and reading liturgies to rows of empty pews.

Indeed, some major religious-liberty legal advocacy groups, whose mission is to challenge restrictions on freedom of religion, have not raised objections to the closures, saying churches have been treated the same as other major institutions and that safety comes first.

In Idaho, Ammon Bundy, who has led multiple standoffs against authorities in acts of protest against the federal government, plans to gather hundreds of people for an Easter observance, in defiance of public health advice, according to multiple media reports.

Another holdout church, the evangelical Cross Culture Center in Lodi, California, about 70 miles (110 km) southwest of San Francisco, plans another service even after its members found their church doors locked against them last weekend.

Lay preacher Jon Duncan, 43, who has led the evangelical center for more than 10 years, said that under city orders, his landlord changed the locks and shut them out Sunday morning.

Lodi police officers was standing by the door, because they were defying both local and state “stay-at-home” orders and a court order from the San Joaquin County Public Health Services.

Instead, Duncan held brief curbside prayers with his congregants as they showed up for the 11 a.m. service.

“It is disappointing because we have a valid lease, but we won’t be stopped,” he said. “God commands us to meet and that’s what we’re going to do Easter.”

Duncan expects he and his flock of about 80 regular attendees will be locked out on Easter too, so he has picked an alternate site to meet. He and his attorney declined to disclose the new location to the public for fear of becoming a spectacle instead of a holy service. 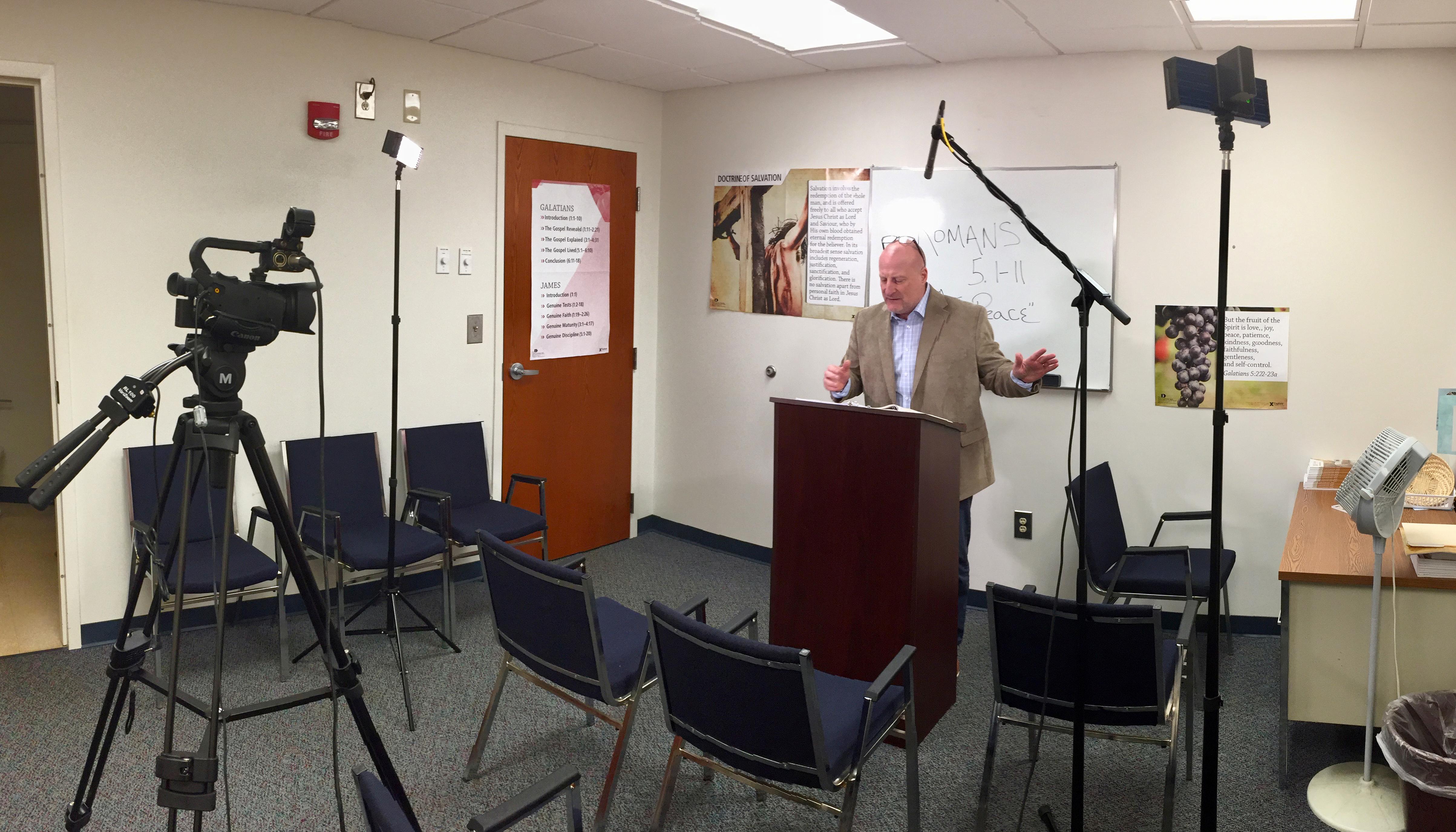 The church’s attorney, Dean Broyles, has lodged a complaint against the city, and implored California’s governor in a letter to lift the ban on large church gatherings.

Duncan said he is steadfast in his decision.

“We don’t believe our rights are eroded by a virus,” he said. “We will stand together before God even against the gates of hell.”

Reporting by Rich McKay in Atlanta; Editing by Scott Malone and Jonathan Oatis