LAUSANNE/ZURICH (Reuters) – Getting children back into classrooms may seem like a reassuring step toward normalcy after weeks of coronavirus lockdown but for some parents in Switzerland like Audrey Razama, it’s a source of anxiety.

Didier Pittet, director of the Infection Control Programme of the University Hospital (HUG), gestures during an interview with Reuters on Swiss schools reopening during the coronavirus disease (COVID-19) outbreak, in Geneva, Switzerland, May 8, 2020. REUTERS/Denis Balibouse

Swiss schools start reopening on Monday and Razama’s 5-year-old daughter is due to join classmates. Razama, from the western town of Vevey, is instead opting for home schooling, worried that her daughter could bring home the virus and infect her younger sister, who has a heart murmur.

Switzerland, which has recorded more than 30,000 cases of the coronavirus, with 1,500 deaths, is loosening its lockdown as the outbreak eases, like other countries in Europe. Swiss health officials say young children rarely experience severe COVID-19 symptoms and seldom infect others.

But Razama’s fears highlight parents’ concerns as governments inch toward normalcy: What is really the best way to protect their children?

“Precaution needs to take priority amid all this uncertainty,” Razama, 32, told Reuters.

While it is not known how many parents share her worries, an online petition to officials in Bern including Swiss Health Minister Alain Berset and Swiss President Simonetta Sommaruga to halt school openings has some 21,200 signatures so far.

The government cites scientific papers supporting its view that youngsters are unlikely to pass coronavirus infections between one another or bring them home from school.

Daniel Koch, Switzerland’s coronavirus czar, has given grandparents the green light to hug children up to 10 years old, sparking controversy.

“Most children with the disease got it through infected parents,” Koch said last month. “There is no danger from children, not even for high-risk patients or grandparents.”

Didier Pittet, an expert on reducing infection at the Geneva University Hospital, also believes the timing is right.

“Children are carriers of the virus, sometimes even in a big quantity, but there is very little, even no evidence, that shows that they are really efficient transmitters,” Pittet told Reuters. “The epidemic curve has really decreased. We can’t stay in confinement for eternity.”

Still, this is fertile territory for doubt.

Even studies cited by the health ministry — and a review released by Switzerland’s own national COVID-19 task force — acknowledge children’s role in transmission remains “highly uncertain”.

Marco Ajelli, a mathematical epidemiologist from Italy’s Bruno Kessler Foundation, said children’s ability to infect others merits more scrutiny, calling it “one of the biggest unknowns of COVID-19 epidemiology”.

Adding to worries about risks, three children in New York have died from a rare, mysterious inflammatory syndrome while also testing positive for the virus.

Even as Swiss classes re-start, they will hardly be normal.

Awarding of grades has been scrapped. Many schools are splitting classes in half, with attendance trimmed to just two days a week per group, to accommodate that change.

There will be ubiquitous hand-sanitizing stations.

Desks are being moved further apart, with markings being taped to floors, to help children observe new space limits. And older children from their 10th year, as well as university students, must wait until at least June 8 for classes to begin.

It is not clear yet how many parents will be like Razama and keep their children at home.

The central government in Bern delegates education largely to the 26 cantons, which have crafted their own approaches to re-opening guided by principles set out by the federal health ministry.

Zurich, like many cantons, decided that children not under quarantine have virtually no reason to skip classes, while teachers in risk groups can be excused.

Still, administrators around the country have also told parents whose children may have a risky health condition that individualized solutions may be possible, in consultation with doctors.

“We only have fewer than 10 families who said they will not send their children back to school,” said Veronique Restrepo, a primary school director in Geneva.

“But we will see on Monday, because maybe some were not comfortable to say this to us and will not send their children.”

“Our children are being sent out like scouts to see what happens to them,” said Laeticia Dupraz, 27, with a 6-year-old daughter in school and a 4-year-old son at home.

Switzerland requires school attendance for 11 years, and under normal circumstances parents face fines up to 5,000 Swiss francs ($5,150) for keeping their children away. 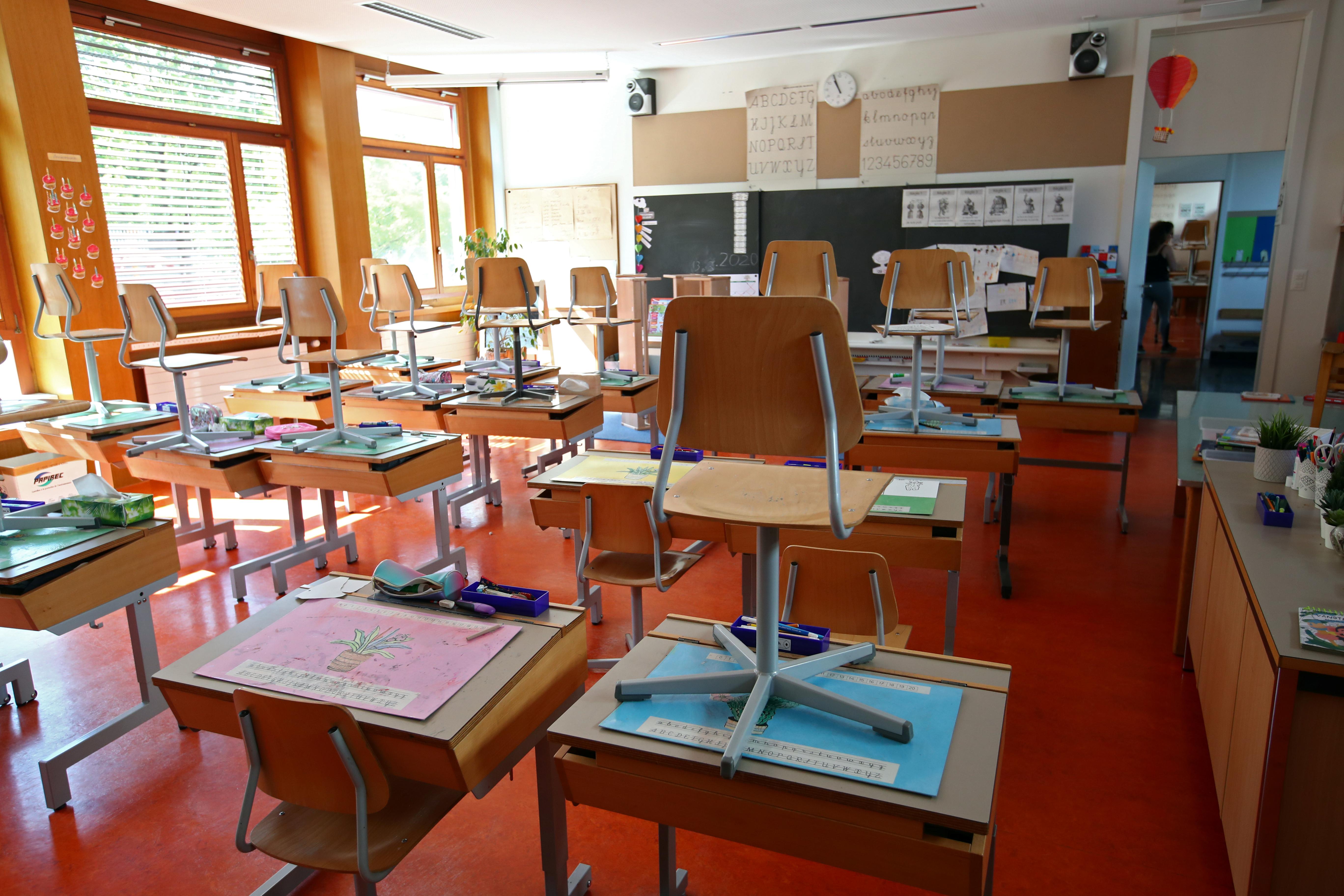 Most officials, however, favour a softer approach amidst this crisis.

“It is not our role to threaten parents,” said Julien Schekter, of Vaud canton’s learning office. “We are trying to reassure them.”