SINGAPORE (Reuters) – For Habibur Rahman, the only glimpse of life outside the four walls of the cramped Singapore dormitory room he shares with 11 other migrant workers are security guards urging people to stay apart and cleaners scrubbing down communal toilets.

FILE PHOTO: Migrant workers look out from their balconies at Punggol S11 dormitory, during the coronavirus outbreak (COVID-19) in Singapore April 6, 2020. REUTERS/Edgar Su

The 25-year-old Bangladeshi is one of thousands of workers, mainly from South Asia, who came to Singapore to provide a better life for their families. Now, however, they are under government-ordered quarantine, battling boredom, frustration and anxiety in a sprawling dormitory complex called S11 @Punggol, home to 1,977 of Singapore’s 8,014 COVID-19 cases.

“If one is infected, it would easily spread among others,” Rahman said. “Currently we are confined to our room. Everyone is scared. We are just praying to Allah… praying five times a day.”

S11 is one of many utilitarian housing blocks on the fringes of the modern city-state where more than 300,000 migrant labourers from Bangladesh, India and China live in rooms with bunks for 12 to 20 men, working jobs that pay as little as S$20 a day.

These dormitories, in areas tourists seldom visit, account for more than 75% of the country’s total infections after the city-state recorded its biggest jump in new cases on Monday. Nineteen dormitories have been quarantined so far, according to government notices, affecting tens of thousands of workers.

Rights groups have said the dormitories have highlighted a weak link in Singapore’s containment effort, which has otherwise won global plaudits. And critics say such mass quarantines could increase the risk of infection in the blocks.

Singapore authorities say that they have taken preventative measures in migrant housing since the start of the city-state’s outbreak in January but that the quarantine measures were necessary once the virus spread.

S11, the company that operates the dormitory, the Ministry of Manpower and Ministry of Health did not respond to requests for comment.

On Tuesday, a senior World Health Organization official said that despite facing “very difficult challenges” from a surge in infections, Singapore was in a good position to manage the outbreak.

Reuters spoke with 12 residents at the S11 complex, a row of low-rise steel buildings of different colours behind high metal fences. Some workers declined to be identified for fear it would worry their families or put their jobs at risk.

The workers said they leave their rooms only to use the bathroom, and meals are delivered. Their days are spent streaming movies on their phones, peering out of balconies draped with laundry, or chatting with concerned family members back home, they said.

Some S11 residents complained about the sanitation, the lack of precautions and monotony in the dormitories. Others praised the Singapore government’s response.

But all were afraid of catching the virus.

For Nayem Ahmed, a 26-year old construction worker from Bangladesh, that fear was realised.

One of his roommates had been infected, so when he awoke on April 8 feeling feverish, he immediately alerted medical staff in the dormitory.

They tested him and while he awaited the results, he said, he was moved to an isolation facility outside the dormitory. Two days later, he was told he had been infected.

“I can’t express how I felt when I heard that. I thought I would not live anymore,” Ahmed said.

Ahmed said he was given paracetemol, and underwent blood tests and a chest x-ray in a hospital. After a few days, he was moved to a converted conference centre called Expo, which is being used to house patients with mild symptoms.

“I feel like I have got a new life,” Ahmed said.

Ahmed said he is thankful to the Singapore government for providing health care and food, and making sure quarantined workers are paid. But he said more should have been done to address the risks of outbreaks in dormitories.

“Dormitories are crowded and dirty. No wonder the dormitories have become a hotbed for coronavirus infection,” Ahmed said. “Now we are paying the price.”

Other workers also flagged hygiene issues in the dormitories shortly after quarantine measures were announced on April 5.

The Ministry of Manpower has said it faced “challenges” at the start of the quarantine related to hygiene and the supply of food in the dormitories, but that it had been working with operators to improve conditions.

S11, which operates the Punggol facility and another near the city’s airport, advertises the “cheapest dormitories in Singapore.” The dormitory at Punggol can house up to 14,000 workers in four-storey buildings on about 5.8 hectares, roughly the same area as eight soccer pitches, according to local media reports.

There are 43 such purpose-built dormitories in Singapore, housing 200,000 workers, 1,200 converted factories housing 95,000 workers and various other smaller temporary quarters, according to the Ministry of Manpower.

Since the start of the outbreak, the Singapore government has said it has been advising dormitory operators to monitor workers for fever, encourage personal hygiene and limit mingling in common areas to reduce infection risk.

But Nizamul, 27, and other workers who declined to be identified, said that temperature checks were rare at S11 and that a fingerprint scanner was used for entry and exit into the complex just days before the government quarantine.

COVID-19 is a respiratory disease. Scientists say it spreads through droplets from the nose or mouth via coughing or sneezing, and by people coming in contact with contaminated surfaces before touching their nose, mouth or eyes.

Nizamul said before the quarantine he had shared a room with an Indian man who was put on sick leave due to a cold and fever, then tested positive for the coronavirus days later when his health deteriorated.

Nizamul said he was moved to a public housing complex and given his own room, and has not tested positive. 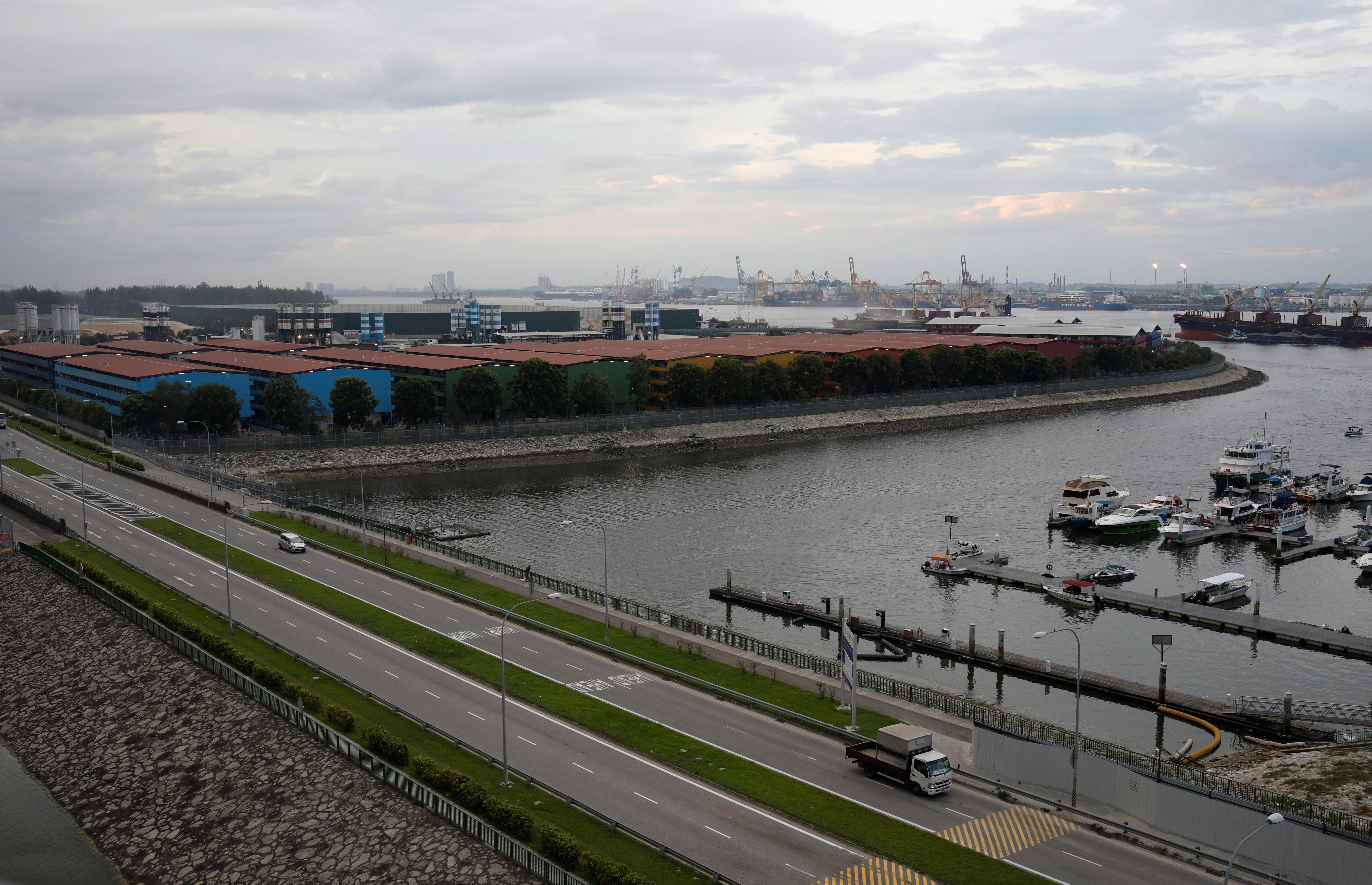 Miah Palash, 27, was one of the few S11 residents Reuters spoke with who said he did not know of any cases in his block.

Only allowed to leave his room to use a shared washroom, Palash said the biggest challenge was finding ways to pass the time and trying to ease the anxiety for his family back home.

“They’re just wishing for me. I’m the only son. They’re worried but… I call them everyday,” Palash said.