Trump: ‘Going to be a lot of death’ in U.S. next week from coronavirus

WASHINGTON (Reuters) – President Donald Trump told Americans to brace for a big spike in coronavirus fatalities in the coming days, as the country faces what he called the toughest two weeks of the pandemic.

“There’s going to be a lot of death,” Trump said at a briefing with reporters.

He pushed back on criticism that the federal government has not done enough to get ventilators that many critically ill coronavirus patients need to survive to the states, saying some governors are asking for more machines than they will need.

“Fears of shortages have led to inflated requests,” Trump said of submissions his administration has received to dole out equipment from the strategic national stockpile.

The United States has the world’s highest number of known cases of COVID-19, the flu-like respiratory disease caused by the coronavirus. More than 306,000 people have tested positive in the United States and over 8,300 have died, according to a Reuters tally.

White House medical experts have forecast that between 100,000 to 240,000 Americans could be killed in the pandemic, even if sweeping orders to stay home are followed.

“We are coming up to a time that is going to be very horrendous,” Trump said at the White House. “We probably have never seen anything like these kind of numbers. Maybe during the war, during a World War One or Two or something.”

In the grimmest day yet for the U.S. state hit hardest by the pandemic, coronavirus-related illnesses killed 630 people in the last 24 hours in New York state, Governor Andrew Cuomo said on Saturday.

The disease has now killed 3,565 people in New York and the situation is particularly worrying on Long Island, east of New York City, where the number of cases “is like a fire spreading,” Cuomo told a news conference.

Health experts calculate that New York, home both to bustling Manhattan and hilly farm country stretching to the Canadian border, might be around a week away from the worst point in the health crisis which has killed about 60,000 people worldwide.

“We’re not yet at the apex, we’re getting closer … Our reading of the projections is we’re somewhere in the seven-day range,” Cuomo said.

“It’s only been 30 days since our first case,” he said. “It feels like an entire lifetime.”

New York City alone accounted for more than a quarter of the U.S. coronavirus deaths tallied by Johns Hopkins University. Hospitals and morgues in the city are struggling to treat the desperately ill and bury the dead.

Because of the risk of infection, many people with critically ill relatives in New York City are unable to see their loved ones in their final hours.

A resident at New York-Presbyterian hospital said he and his colleagues have made several death notification phone calls every shift this week.

“There’s something sort of unquantifiably painful about telling a family their loved one died without letting them see them,” he said.

The emergency stockpile of medical equipment maintained by the U.S. government has nearly run out of protective garb for doctors and nurses.

Healthcare workers load a person into an ambulance outside the Wyckoff Heights Medical Center during the outbreak of the coronavirus disease (COVID-19) in the Brooklyn borough of New York City, New York, U.S., April 4, 2020. REUTERS/Andrew Kelly

Cuomo announced that the Chinese government facilitated a donation of 1,000 ventilators that will arrive at JFK airport on Saturday.

“This is a big deal and it’s going to make a significant difference for us,” Cuomo said.

The dispatch of the ventilators was a result of a conversation on March 27 between President Donald Trump and Chinese President Xi Jinping, a source familiar with the discussions said.

Almost all Americans are under orders from state and local officials to stay home except for essential outings such as grocery shopping or seeing a doctor.

Areas of the country such as Florida and Texas that had been slow to lock down have started practicing social distancing and sheltering at home.

“We see what’s going on in New York now, we see that people are dying,” Rick Scott, a U.S. senator from Florida, told Fox News Channel.

“People are beginning to understand that the best way that we can slow the spread and actually avoid death is by this stay-at-home standard, going out only for essential services,” Texas governor Greg Abbott told the channel. He was among the last governors to issue a statewide order telling residents to avoid leaving their home.

There were still some hold-outs elsewhere, though. 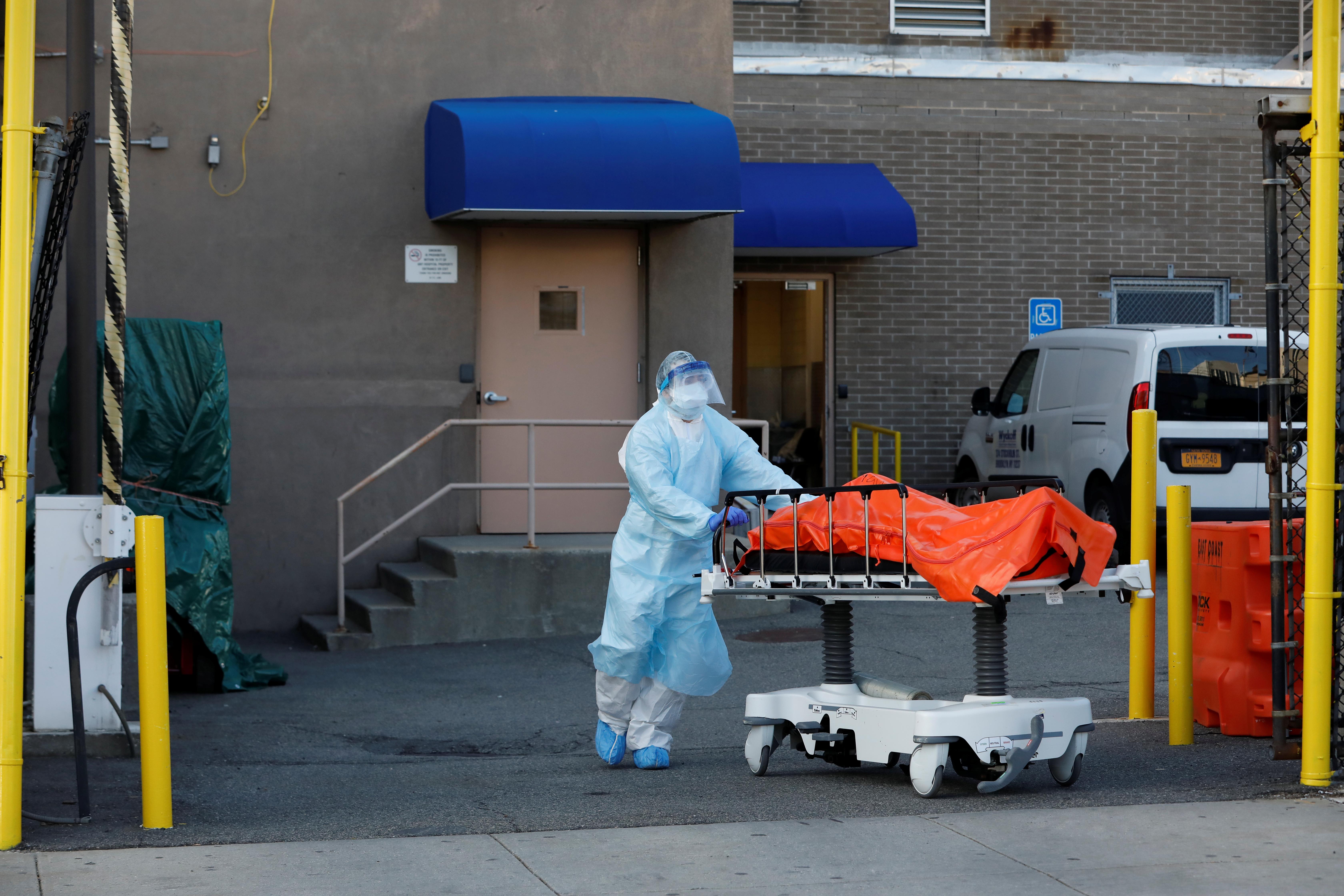 “We’re defying the rules because the commandment of God is to spread the Gospel,” he told Reuters.

Louisiana has become a U.S. hot spot for the virus, on Saturday reporting a jump in deaths to 409.