WASHINGTON / MEXICO CITY (Reuters) – U.S. President Donald Trump said on Friday the United States will swiftly return migrants who attempt to cross into the country illegally from Mexico and Canada while closing the borders to “non-essential” travel to limit the spread of the new coronavirus.

Flanked by top U.S. officials at the White House, Trump also said the United States and Mexico would work to keep commerce moving as much as possible across the border to try to limit disruptions to business.

Similar measures at the U.S.-Canada border, for example suspending tourist and recreational travel, were also put in place. Both measures will take effect just before midnight on Friday.

Trump is campaigning for reelection in November and his immigration crackdown is a focus of his pitch to voters. He argued on Friday that migrants crossing the border threatened to worsen the coronavirus outbreak.

“In normal times, these massive flows place a vast burden on our healthcare system, but during a global pandemic, they threaten to create a perfect storm that would spread the infection to our border agents, migrants and to the public at large,” Trump said.

In the United States, there have been 12,500 confirmed cases of the new coronavirus and at least 207 deaths, according to data compiled by Reuters.

A U.S. Border Patrol agent is pictured at the Paso del Norte International Border bridge after the United States and Mexico have agreed to restrict non-essential travel over their shared border in an effort to limit the spread of the new coronavirus (COVID-19), in Ciudad Juarez, Mexico March 20, 2020. REUTERS/Jose Luis Gonzalez

Trump said non-Mexican migrants will not be sent to Mexico under the measure.

“We’re not sending them to Mexico, we’re sending them back to their own countries,” he said. His administration instituted a policy last year that has sent back some 60,000 migrants requesting asylum to wait on the Mexican side of the border for U.S. immigration court hearings. Administration officials did not discuss at the press conference what would happen with that program, known as the Migrant Protection Protocols.

Earlier this week, the administration requested $249 million in additional funding for immigration enforcement operations, including chartered aircraft for deportation flights.

On Friday, Canada’s Prime Minister Justin Trudeau also said his country would turn back irregular migrants walking over the U.S. border. [L4N2BD2TM] The U.S. Department of Homeland Security did not respond to a request for comment on how the U.S. and Canadian measures would interact.

While the United States and Mexico will suspend non-essential travel at border, the move will not affect trade, both U.S. and Mexican officials said.

U.S. Secretary of State Mike Pompeo said at the press conference that agricultural workers with temporary visas to enter the United States would still be allowed to cross from Mexico. 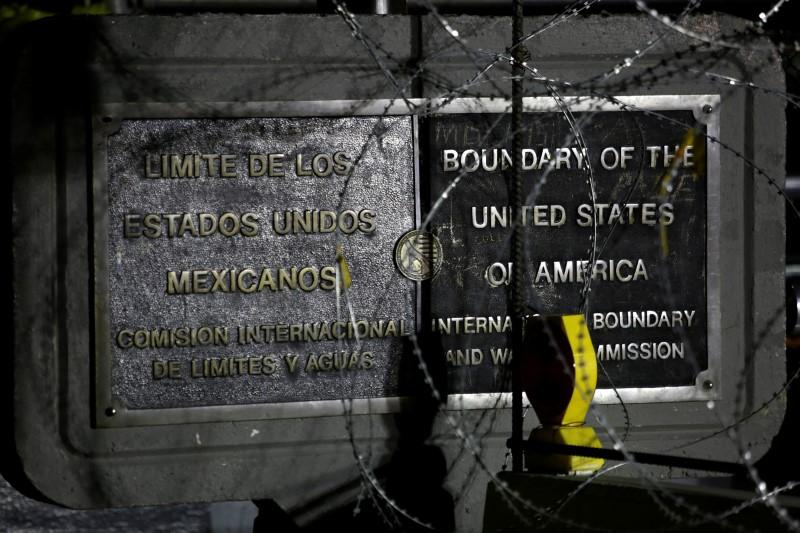 “We’re going to make sure that we do everything we can to keep that part of our economic lifeblood working between our two countries,” Pompeo said. “We want to make sure to keep commerce between Canada, the United States and Mexico alive, functional and prepared for the day this economy comes bouncing back like we expected.”

Speaking in Mexico City earlier on Friday, Mexican Foreign Minister Marcelo Ebrard echoed the sentiment that trade, work and medical trips would not be restricted under the new measures.

Roughly 3 million personal vehicles crossed legally each month in 2019 between San Diego, California, and the Mexican border city of Tijuana, according to U.S. Department of Transportation data.